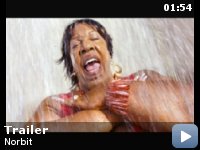 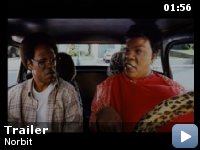 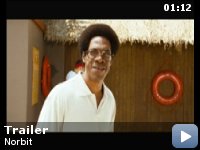 A mild-mannered guy who is engaged to a monstrous woman meets the woman of his dreams, and schemes to find a way to be with her.

Storyline
Norbit is a normal person, who after being adopted by Mr. Wong, ends up being married to the very large, Rasputia. Norbit's childhood love, Kate Thomas arrives back in town to buy the orphanage. Norbit sees this as his chance to get back together with Kate, until he discovers that she is in fact engaged to Deion Hughes. Norbit isn't going to lay this to rest, whilst he tries to survive life with Rasputia, and it looks like Deion also has something he would like to keep secret.

Taglines:
Have You Ever Made A Really Big Mistake?


First let me say … I am an Eddie Murphy fan. I think he's a comic
genius. And that's why I was so surprised to see him star in and even
write such a low level and offensive comedy.

The first few minutes of the film started out with a little promise,
but it didn't take long for the film to fall to such a low level that I
cringed from early in until the movie was over. And even though I
watched to nearly the end, I demanded my money back. It's only the
second time I've ever done that, and I'm an avid film goer.

What was so offensive? I don't know where to begin. Most obviously,
every "fat" gag in the book was used. Eddie Murphy plays an overweight
woman who is ugly and evil, and every nasty thing you can think to say
about her is said. To make it worse, the leading lady is Thandie Newton
who is extremely thin, which only goes to further emphasize the other
extreme.

Maybe Eddie Murphy thought he could get away with this because he
shows, in The Nutty Professor, how an overweight man can "get the
girl". But, really, that just shows the extreme double standard that
remains when it comes to overweight men versus women.

Now, I'm a realist, and I know that the double standard is not Eddie
Murphy's fault. Still, he plays on it here in such a nasty way that it
offended me, an open minded, in-shape male. And for those who argue
that it's the character's attitude and not her weight that made her
"the bad guy", then why make her fat in the first place. And why have
so many nasty fat jokes.

The movie was offensive on other levels too. The racial humor wasn't
funny. There are some lines with attempts at humor that really go too
far. Many of you who have seen it will understand what I mean. And
those who haven't, I hope you don't support this film out of curiosity.
Please, wait for cable. There is nothing in this that you can't wait to
see.

I heard that it was Eddie Murphy's brother who came up with this idea.
If EM did this as a favor to his brother, he could have done his
brother, and himself a bigger favor by bringing Charlie in on a better
project and tossing this script.

On the one positive note: Eddie Murphy does put his all into these
characters as always. His job as Norbit gets lost in the low class, low
level "comedy". Even though I just saw the film, I had to really
remember that his performance as Norbit was decent. All I can think
about is how offended I was, and how thoroughly depressed an overweight
woman sitting at the end of my row looked throughout most of the film
(she left before I did).