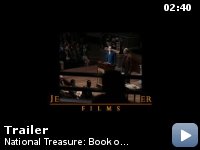 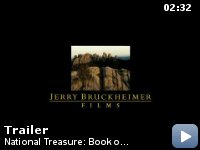 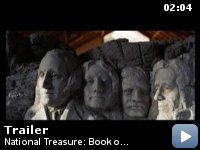 Treasure hunter Benjamin Franklin Gates looks to discover the truth behind the assassination of Abraham Lincoln, by uncovering the mystery within the 18 pages missing from assassin John Wilkes Booth's diary.

Storyline
While Ben Gates is presenting new information about John Wilkes Booth and the 18 pages missing from Booth's diary, a man by the name of Mitch Wilkinson stands up and presents a missing page of John Wilkes Booth's diary. Thomas Gates, Ben's great-grandfather, is mentioned on the page. It shows that Ben's great-grandfather was a co-conspirator in Abraham Lincoln's murder. When doing more research, the conspiracy takes Ben, Abigail Chase, and Riley Poole to Buckingham Palace (which they break into). They discover a plank that has early Native American writing on it. The plank has only one symbol that Patrick Gates can identify. The symbol is Cibola (see-bowl-uh) meaning the City of Gold. In order to define the rest the have to go to Ben's mother, Patrick's divorced wife. After 32 years it brings back old arguments. After that the other clue is in the President's…

The night before the scenes at the University of Maryland were to be filmed a half inch of snow fell. The crew then had to use fire hoses to hose down the entire McKeldin Mall and nearby locations to melt the snow for continuity in the movie.

Audio/visual unsynchronized:
When Ben and Abigail are fighting in Buckingham Palace. Ben takes a ride down the banister when Abigail shouts "Ben" the sound is before her mouth is moving.

Barkeep:
He's in the other room.


I will keep it short and simple. Just watched it, paid 10$ for it, it
is worth it. Not much of details as you would expect out of a great
movie, not much of substance in the movie itself however the acting and
the pace of the movie is so beautiful you wont think of the flaws in
the intricate plans they carry out in the movie. The subtle comedy is
really nice and they have kept the first movie in consideration and
have not brought many new characters. It is not a movie that you would
think a lot about after you come out of the hall, however you will not
think anything else either while the movie is going on. I will give it
7 for the sheer value of entertainment and nothing else and of course
the one liners that keep popping up which actually make you laugh.