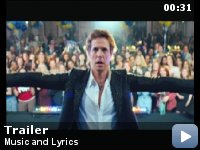 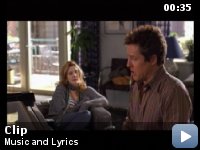 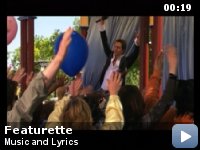 A washed up singer is given a couple days to compose a chart-topping hit for an aspiring teen sensation. Though he's never written a decent lyric in his life, he sparks with an offbeat younger woman with a flair for words.

Storyline
Cheery Alex Fletcher lives comfortably in Manhattan off the residuals from his 80's pop success and reprising his hits at school reunions, theme parks, and state fairs. But those gigs are declining, so he jumps at the chance to write a song and record it with reigning teen idol Cora Corman. Trouble is, he's good at melodies but needs a lyricist and has less than a week to finish. Enter Sophie Fisher, subbing for a friend who waters Alex's plants; she's a pretty good poet, quick witted, and could do it, if she'd agree. But there's some sort of shadow over her head that Alex may not be able to charm his way past. And what if they do get a song written, what then?

As a child, Hugh Grant took piano lessons from Andrew Lloyd Webber's mother. At some point, he stopped piano lessons and subsequently forgot what he had learned. Prior to the filming of the movie, he was taught to play the portions where his hands would be visible on the keys.

Alex Fletcher:
My face is in the butter.

Cheesy and proud of it


Let's face it, often we go to the cinema for a bit of inconsequential
fun. In case you were in any doubt, Music and Lyrics kicks off with an
80s-style Wham-like video of a band called as 'PoP'. Firmly tongue in
retro-chic, Hugh Grant is Alex Fletcher, the washed-up has-been now
playing the nostalgia circuit for middle-aged housewives. He meets
bubbly Sophie Fisher (Drew Barrymore) who waters the plants in his
apartment but has a knack for writing lyrics. This saves his day when
current pop-diva princess Cora asks him to write and record a duet with
her.

Chances are you are now reaching for the vomit bag or saying that maybe
sounds like quite a giggle. If you can stomach the idea of Hugh Grant
singing his own songs and staging a come back then rest assured, this
is a very polished and unsubstantial rom-com. He and Drew Barrymore
propel the movie with energy, wit and a warm, lovable enthusiasm. While
perhaps doing little more than playing new aspects of themselves, it is
a delightful performance, and one backed up with catchy songs, a
fabulous debut by Haley Bennett (Cora) and a heartfelt, realistic
script.

Cora is a sort of teenage megastar, somewhere between Shakira, Britney
Spears and a youthful Madonna. Her elaborate stage-shows have a
'Buddhism & thong'(mysticism and sex) philosophy. Here, as with Alex
and Sophie, the echelons of the music world seem realistically
portrayed. While the matches seem unbelievable at first, by the end of
the film we want Hugh and Drew to continue their romance offstage, just
as with classic romance films of the 30s, so by any mainstream
yardstick, Music and Lyrics is a success. The film is as unpretentious
as its two lead actors, makes no great claims, and satisfies
Valentine's Day release requirements with a sincerity that takes it a
notch above the average cheese. Casting is spot-on, even down to
Sophie's older (and much larger) sister, who has similar
characteristics and mannerisms. It's easy viewing, and even contains
nothing unsuitable for older children. If you want more sophisticated
and substantial fare, you probably don't need film reviews to find your
way to the nearest art-house cinema or Oscar blockbuster. But for
straight enjoyment, Music and Lyrics slides down like a very reasonable
glass of rich chardonnay. Silly, formulaic, but rather well done.