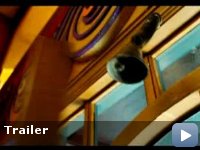 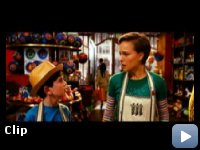 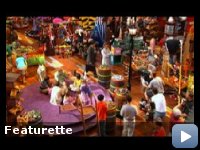 Molly Mahoney is the awkward and insecure manager of Mr. Magorium's Wonder Emporium, the strangest, most fantastic, most wonderful toy store in the world. But when Mr. Magorium, the 243 year-old eccentric who owns the store, bequeaths the store to her, a dark and ominous change begins to take over the once remarkable Emporium.

Storyline
Molly Mahoney is the manager of Mr. Magorium's Wonder Emporium, the awesome toy store owned by Mr. Edward Magorium. Molly was a promising composer and piano player when she was a girl, and now she is a twenty-three year-old insecure woman that feels stuck in her job. Among the costumers of the Emporium is the lonely hat collector, Eric Applebaum, who has only Molly and Mr. Magorium for friends. When the last pair of shoes that Mr. Magorium bought in Toscana is worn, he hires the accountant, Henry Weston to adjust the accounts of the Emporium. Furthermore, he claims that he is two hundred and forty-three years old and his time to go has come; he gives a block of wood called Congreve cube to Molly and asks Henry to transfer the Emporium to her name. Molly tries to convince Mr. Magorium to stay in his magical toy store instead of "going".

Jessica, Who Got a Cowboy Hat

Brenda, Who Wants a Mobile

Dave Wolf, Who's an Engineer

Andy, the Boy Who Likes to Color

Lora, Who Wants a Fire Engine

Cassie, the Girl Chased by a Goose

Derek, Who Opened the Door

Jason, Who's a Little Too Curious

Dustin Hoffman originated Mr. Magorium's hairdo, bushy eyebrows and lisping vocals. According to Hoffman, when he first tried the voice out on Zach Helm and two of the producers, "they freaked."

Mr. Edward Magorium:
Why are you lying?

Molly Mahoney:
I have to.

Mr. Edward Magorium:
But your pants will catch on fire…

MOMS: Great movie, but toddlers and husbands will be bored


My husband and I brought our 4 year old daughter to see this movie last
night. We'd already seen (and ADORED) THE BEE MOVIE, and nothing else
seemed age appropriate. Despite horrible reviews, we gave it a shot.

I loved this movie. It's not often that a kid's movie can move me to
tears, but this one had a powerful (yet simple) message…LIFE IS WHAT
YOU MAKE OF IT.

My daughter was bored to the point of BEGGING us to leave. This from a
kid who sees movie-going as the ultimate treat. While it was visually
stimulating overall, there could have been more in the way of special
effects.

Jason Bateman was surprisingly good in his role as the accounting
mutant. Some of the most moving moments in the film were created by
little more than the expression on his face.

Natalie Portman was radiant and lovable and…androgynous? 😉 She could
easily have been mistaken for a thirteen year old boy throughout most
of the film, to the point where it seemed that she had her chest bound
up to appear that way. But it's not about the boobies, and it's not a
romantic love story, which I greatly appreciated.

No sex. No violence. No profanity. My husband hated it.

There is love…lots of love. Pure love. The kind of love you feel when
you're a child, and your mind has not yet been bogged down with the
soul-crushing stress of adult responsibility.

This movie is a nice kick-in-the-pants for anybody who needs to be
reminded that you don't have to be a kid to see the potential in
yourself and the world around you. You just have to relax a little and
believe in magic.

TagsCanada
Gabriel
The Death and Life of Bobby Z