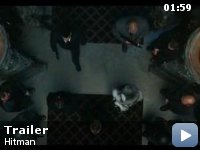 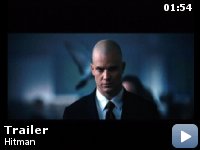 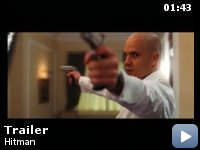 A gun-for-hire known only as Agent 47 hired by a group known only as 'The Organization' is ensnared in a political conspiracy, which finds him pursued by both Interpol and the Russian military as he treks across Russia and Eastern Europe.

Storyline
A gun-for-hire "Hitman" is a genetically-engineered, elite assassin known only as Agent 47 hired by a group known only as 'The Organization' is ensnared in a political conspiracy, which finds him pursued by both Interpol and the Russian military as he treks across Eastern Europe. But even 47 couldn't anticipate a "random equation" in his life exactitude: the unexpected stirrings of his conscience and the unfamiliar emotions aroused in him by a mysterious Russian woman.

The character of Nika (Olga Kurylenko) draws inspiration from a recurring female character from the games known as Lei Ling (changed to 'Mei Ling' in 'Contracts'). Lei/Mei Ling was a prostitute that 47 saved on two occasions, receiving vital information in return.

Continuity:
When Agent 47 gets a call on his cell when he's at the train station, the date on the cell is 10/5/07. At the end of the movie, when Smith gets the text message on his cell from Agent 47 saying they're even, Smith's cell phone shows the date 8/15/07.

Agent 47:
Who was the client?
[silence from the laptop]

Agent 47:
Answer me! Who ordered the hit on Belicoff?
[continued silence]

Agent 47:
If you set me up, I will find you and I will burn that building to the ground around you.


Let's keep this short and sweet. If you enjoy the video games, you will
more than likely enjoy the movie. It's very easy to follow, the acting
can be downright terrible at times (but very solid from Olyphant who
was a GREAT choice to play Agent 47), the special FX are loud and neat
to look at, there's lots of explosive action-packed gun fights, and the
hot chick gets naked. The only thing I have against the film was that
it was a little dull and awkward in the beginning, but it picked up
about 15 minutes in and kept it rollin' until the ending. Oh, and the
hot chick gets naked.

You want to go to the movies and have a discussion afterwards? Go watch
"Lions for Lambs." You want to go have a fun time at the movies with
your friends? Check out "Hitman." Word on the street is there's lots of
blood and explosions (and a hot naked chick).

TagsRussia
The Death and Life of Bobby Z
Bella