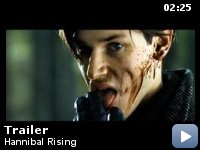 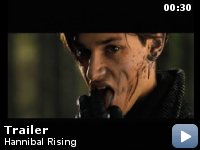 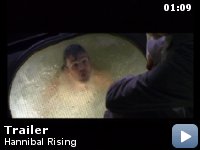 After the death of his parents during World War II, young Hannibal Lecter moves in with his beautiful aunt and begins plotting revenge on the barbarians responsible for his sister's death.

Storyline
Mischa and Hannibal, baby brother and sister, are inseparable; it is their love for each other that ties their bond. Their companionship is forever binding, until, with their family, while hiding from the Nazi war machine a twisted set of circumstance sets the pace for a most vicious attack on the future of one Hannibal Lecter for the sworn vengeance for the brutal killing of his baby sister. Years later, we find Hannibal, the teenager, setting up in Paris, and living with his aunt Lady Murasaki Shikibu and studying at medical school here he finds his forte. Still searching for his sister's murderers, still bitter and still ever hopeful of satisfying his desire for retribution. This chance arrives, and soon we are to learn that for a pound of flesh lost a pound of flesh must be repaid. This is the horrific tale of justice and honor, a young man's growing pains that will have the guilty paying with more than just flesh and bone…

Taglines:
It Started With Revenge

Continuity:
When Hannibal Lecter is about to kill the guy in the houseboat when trying to rescue Lady Murasaki Shikibu, he has the guy on the ground with a knife next to his throat, with no blood on it, when the camera shoots back at Hannibal Lecter, the knife is shown with blood.

Hannibal 8yrs:
Hide quickly! Run away! Quick! This way! Quickly! Down to the lake.
[giggling, drawing on dock]

could it be better than Red Dragon and Hannibal?


I went to a free screening of this movie tonight, Thursday December 12,
2006 at the mall cause they gave out free passes at my work across the
street.

I wont give really much away…but the movie itself was great. Great
locations, great acting–especially by Gaspard Ulliel as Hannibal. I
swear his acting was so good that it was scary and near perfect as the
demented Hannibal Lechter.

The story about how he came to be was great also starting with his
youth during WW2 in 1944. And 8 years later, the main plot line unfolds
showing him becoming a medical school student in France where he begins
to learn of the many body parts that make a human work.

All in All this movie is a delectable revenge type movie with scary,
dark bad guys and many gruesome deaths.