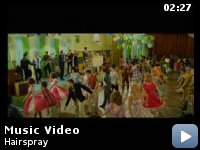 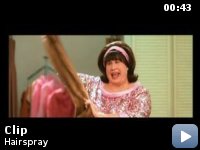 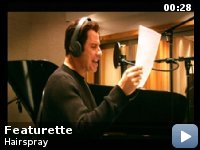 Pleasantly plump teenager Tracy Turnblad teaches 1962 Baltimore a thing or two about integration after landing a spot on a local TV dance show.

Storyline
Tracy Turnblad, an overweight teenager with all the right moves, is obsessed with the Corny Collins Show. Every day after school, she and her best friend Penny run home to watch the show and drool over the hot Link Larkin, much to Tracy's mother Edna's dismay. After one of the stars of the show leaves, Corny Collins holds auditions to see who will be the next person on the Corny Collins show. With all of the help of her friend Seaweed, Tracy makes it on the show, angering the evil dance queen Amber Von Tussle and her mother Velma. Tracy then decides that it's not fair that the black kids can only dance on the Corny Collins Show once a month, and with the help of Seaweed, Link, Penny, Motormouth Maybelle, her father and Edna, she's going to integrate the show…..without denting her 'do!

Taglines:
In July 2007, are you ready for something big?

Anachronisms:
There are a number of musical anachronisms: songs, LPs that were not yet available in 1962. The Top 10 chart on the CC Show has "Leader of the Pack" and other songs yet to be released. Motormouth's record store racks show, among others, Junior Walker & the All-Stars' "Road-Runner" LP, Smokey Robinson & the Miracles' "A Pocketfull of Miracles" LP, and a Marvin Gaye & Tammi Terrell LP, all not released for another few years.

Tracy Turnblad:
[singing]
Oh, oh, oh, woke up today, feeling the way I always do. Oh, oh, oh, hungry for something that I can't eat. Then I hear that beat. That rhythm of town starts calling me down. It's like a message from high above. Oh, oh, oh, pulling me out to the smiles and the streets that I love. Good morning, Baltimore!


I just saw Hairspray the movie at the 5th Avenue Theater in
Seattle–the same theater where Hairspray the musical premiered five
years ago. It could be that I am just dizzied by the dashing good looks
of Zac Efron, but the magic that was produced on stage by the original
Hairspray cast has transfered flawlessly to the big screen.

The candy colored costumes and thrilling choreography were so
enjoyable, and even the more serious parts of the film (though there
are very few!) were touching and sincere.

The only thing I wished had been included was the song "Mama I'm a Big
Girl Now." While it would have been a great addition, other big song
and dance numbers carried the film along just fine.

I caught myself smiling like a buffoon more than once. A must see for
musical lovers–or anyone who just likes to have a good time.