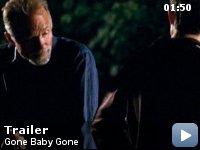 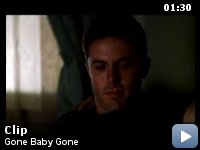 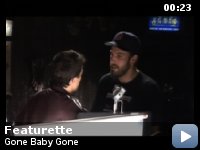 Two Boston area detectives investigate a little girl's kidnapping, which ultimately turns into a crisis both professionally and personally. Based on the Dennis Lehane novel.

Storyline
When 4 year old Amanda McCready disappears from her home and the police make little headway in solving the case, the girl's aunt Beatrice McCready hires two private detectives Patrick Kenzie and Angie Gennaro. The detective freely admit that they have little experience with this type of case, but the family wants them for two reasons – they're not cops and they know the tough Boston neighborhood in which they all live. As the case progresses, Kenzie and Gennaro face drug dealers, gangs and pedophiles. When they are about to solve their case, they are faced with a moral dilemma that could tear them apart.

Taglines:
Everyone Wants The Truth… Until They Find It.

In the original novel, "Cheese" is Sven "Cheese" Olamon, an imprisoned gang leader of Scandinavian descent who went to high school with Patrick and Angie. In the film, "Cheese" is Cheese Jean-Baptiste, a Haitian criminal.

Patrick Kenzie:
I always believed it was the things you don't choose that makes you who you are. Your city, your neighborhood, your family. People here take pride in these things, like it was something they'd accomplished. The bodies around their souls, the cities wrapped around those…

When Keeping It Real Goes Right


I would consider myself to be a movie buff and I live and grew up in
Massachusetts. I must tell you that Ben Affleck has done an outstanding
job in his directorial debut. In casting his brother Casey you may
think that it's just nepotism or giving his brother a break. No. He is
the absolute perfect person to play this role. Because they know the
area they have made one of the most authentic movies I've ever seen.
And it's not just some Boston movie either. I heard a woman as I was
leaving saying it's just like The Departed. No it's not, it's much
better and the fact is, I loved The Departed. But that was flashier. As
great as it was you could tell people were acting. Not here. They
seemed exactly like the degenerates and handful of decent folk I see
every day of my life. The woman who plays the girl's mother, I don't
know who see is, but I've met her about 1000 times.


As far as the story goes I'd never spoil it for you but it's complex,
not confusing. There is a lot going on and it's so real. I don't know
what's happened in this area but people have become so lousy. So lousy
that if you're a good person you just don't know what can be done
anymore. There seems to be no answer sometimes and this film is set in
that world. If you have the brains and heart to try you don't even know
what will come of it.

Who should see this? Intelligent people. People who want to come out of
a movie thinking about what they just saw. People who want to see an
incredibly well made film. And anyone who ever liked Ben Affleck even
for half a second. He should be very proud of this movie. As far as
content there are loads of curse words, some drug use, but no nudity
that I can remember, and there is some gun violence, but nothing too
bad. Put it high on your movie going list.