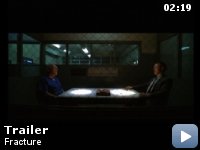 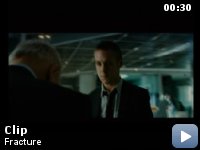 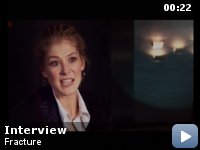 An attorney intent on climbing the career ladder toward success, finds an unlikely opponent in a manipulative criminal he's trying to prosecute.

Storyline
Wealthy, brilliant, and meticulous Ted Crawford, a structural engineer in Los Angeles, shoots his wife and entraps her lover. He signs a confession; at the arraignment, he asserts his rights to represent himself and asks the court to move immediately to trial. The prosecutor is Willy Beachum, a hotshot who's soon to join a fancy civil-law firm, told by everyone it's an open and shut case. Crawford sees Beachum's weakness, the hairline fracture of his character: Willy's a winner. The engineer sets in motion a clockwork crime with all the objects moving in ways he predicts.

Taglines:
I shot my wife.

Near the end, the case Beachum reviews regarding double jeopardy is People v. Bivens, 282 Cal. Rptr. 438, 231 Cal. App. 3d (Cal. Ct. App., 1991). Under Bivens, California can prosecute Crawford for murder, even though it arises out of the same transaction as a defendant's prior case.

Continuity:
When facing the window and asking the difference between Italian and English, Willy is holding his cell phone in his right hand. In the next cut, the phone instantly moves to his left hand.

Crawford's Secretary:
The NTSB guys are here about that bulkhead problem.

Willy Beachum: "I'm not going to play any games with you." Ted Crawford: "I'm afraid you have to old sport."

Crime /Thriller/Mystery /Court Drama are among my favorite genres and
as long as the combination of these genres is clever, gripping,
atmospheric, well acted, keeps me guessing and entertains me, I am
happy. I know that many viewers were very insightful and figured out
the twists and the ending within first half of hour or so but I did not
and I was impressed by the way the disappearance of the crucial
evidence had been handled – very clever. Besides being an entertaining
crime movie, the most interesting element of "Fracture" is a struggle
of wills and intellects between two main characters, self-made inventor
– millionaire Ted Crawford (Anthony Hopkins) who shot his unfaithful
wife in the face and put her in a coma and young, successful and smart
assistant D.A. Willy Beachum (Ryan Gosling), who has a 97% conviction
rate and is assigned to prosecute Crawford just when he is ready to
accept a lucrative offer from the prestigious LA law firm. The game of
cat and mouse that highly intelligent and malevolent Crawford plays
with Beachum makes the film interesting and the scenes between Hopkins
(in his "playful Dr. Lector" mode) and Gosling (whose character does
change as he realizes what he is dealing with from the unsympathetic
self-centered hot shot to the man who becomes obsessed by the case,
vows to put the murderer behind the bars and makes it his priority) –
riveting and joy to watch. I also would like to mention David
Strathairn as Willy's boss, DA Joe Lobuto in yet another understated
effective performance. Strathairn's Lobuto is so interesting that he
could be a main character in another move. "Fracture" is not perfect.
For example, Willy's affair with Nikki Gardner (Rosamund Pike), a
beautiful lawyer and his perspective boss was lifeless – they did not
have any chemistry together. I think that Nikki's purpose in the movie
was to introduce Willy to her father, a judge, whose help he would
desperately need in one of the later scenes. I'd rather prefer more
scenes between Willy and Crawford but even the way it was, the movie
kept my attention all the way through and despite the rather weak
ending, I found "Fracture" quite good.

TagsUSA
Disturbia
Love and Other Disasters