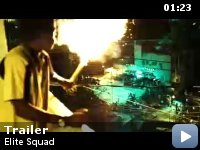 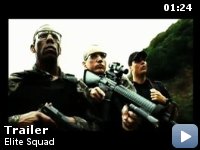 1997, Captain Nascimento has to find a substitute for his occupation while trying to take down drug dealers and criminals before the Pope comes to Rio de Janeiro, Brazil.

Storyline
In 1997, before the visit of the pope to Rio de Janeiro, Captain Nascimento from BOPE (Special Police Operation Battalion) is assigned to eliminate the risks of the drug dealers in a dangerous slum nearby where the pope intends to be lodged. Captain Nascimento is trying to find a man to replace him because his wife is pregnant and he intends to quit the command and become a trainer of the new recruits. Meanwhile, the two idealistic friends Neto and Matias join the Military Police force expecting to become honest policemen and fight the criminals. However, they see only corruption, lack of competence and stupid bureaucracy in the Military Police, and after a serious incident in the Morro da Babilônia, they decide to join the BOPE. The lives of Capitain Nascimento, Neto and Matias are entwined along the next months, first in the tough training period and then in action against drug dealers…

Taglines:
On the streets of Rio only the elite survive.

Had a total public of 2.4 million paying viewers while playing in theaters in Brazil – in addition to the estimated 11 million who watched the bootleg copies.

Police oficer:
[a popular saying about BOPE]
"Dagger to the skull and nothing to the wallet."


The movie tells the story of BOPE, which is equivalent to the SWAT in
Rio de Janeiro, Brazil. Only difference is that, in Rio, the police is
so corrupt, that they often must fight for themselves.

The movie has action – a lot of action-, and it also touches on deep
sociological problems that plague the city to these days. It's a great
compliment to City of God and, in my opinion, even better. City of God
shows how the drug problem started in Rio. This movie shows where the
city is now.

Vagner Moura is perfect in his role. He's a great good-bad guy. The
movie is brilliant.