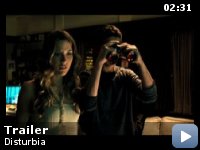 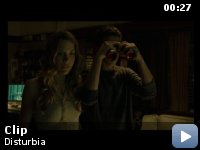 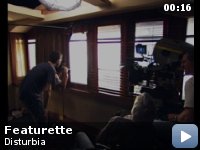 A teen living under house arrest becomes convinced his neighbor is a serial killer.

Storyline
After his father is killed in a car accident, things unravel for Kale Brecht and he is placed under house-arrest for punching his Spanish teacher. Having nothing better to do, Kale occupies himself by spying on his neighbors. But one night, he witnesses what appears to be a murder going on in Mr. Turner's house. Kale becomes obsessed with uncovering the truth behind these murders but, after a few unsettling run-ins with Mr. Turner, it becomes a matter of life and death. And the ominous question: Who is watching who?

Taglines:
The quieter the street, the darker the secrets….

Continuity:
After Kale gets arrested for breaking into Mr.Turners home and the officers leave, his mother's sweater changes from open to closed between shots as she is talking to Kale.

Kale:
Do you think he sees us?

Daniel Brecht:
No, he can't see us. But trust me, he can feel us watching.

Best thriller I've seen in a while.


Disturbia tells the story of a teenage boy named Kale who is sentenced
to three months house arrest after punching a teacher in the face for
making a comment about his recently deceased father. When his mother
takes away his TV and his computer, he resorts to spying on the houses
surrounding him. Things begin to get frightening when he begins to
suspect one of his neighbours is a serial killer. He gets his friends
involved with his impromptu investigation, and soon the neighbour
realizes he's being watched…And he's not too happy about it.
Disturbia is loosely based off the 1954 Alfred Hitchcock classic Rear
Window, but it is still a film all in itself, and it is the best
thriller I've seen in a while.

What makes this movie better than most horror movies that are released
today is that is doesn't rely on excessive gore and gross out tactics
to frighten you. It relies on mood and suspense, and that works so much
better. As the film went on, the tension got so high that I was
literally on the edge of my seat rubbing my hands together because I
was so anxious to see what was going to happen next. I actually felt
the adrenaline rush that the characters in the film must have been
feeling when they were snooping around in the neighbour's garage. The
movie has a realistic feel of how creepy it would be to have a serial
killer living across the street from you and you had no way to prove
it. Everything in this movie is done well. The writing, the directing,
the way it all pans out. I was actually shocked when I left the theatre
over how good this movie really was.

The acting was very good from everybody involved. Shia LaBeouf has come
a long way from Even Stevens. Something tells me that he has a nice
career ahead of him. David Morse is perfectly sinister as the
neighbour. He's just one of those actors that you might not know who he
is to hear his name, but he pops up here and there and you always say,
"Cool, it's that guy." Overall, this was an amazing thriller, and I'm
glad I went to see it because I really wasn't expecting that much. It
leads me to wonder why Hollywood continues to pump out absolute garbage
like the Saw trilogy, Hostel, and Dead Silence when they could be
making movies like this instead.