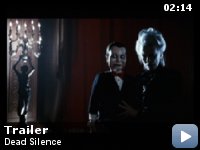 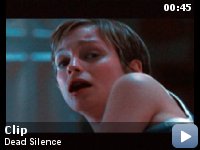 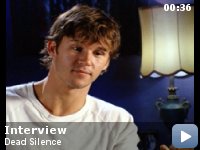 A widower returns to his hometown to search for answers to his wife's murder, which may be linked to the ghost of a murdered ventriloquist.

Storyline
Every town has it's own ghost story, and a local folktale around Ravens Fair is about a ventriloquist named Mary Shaw. After she went mad in the 1940s, she was accused of kidnapping a young boy who yelled out in one of her performances that she was a fraud. Because of this she was hunted down by townspeople who in the ultimate act of revenge, cut out her tongue and then killed her. They buried her along with her "children," a handmade collection of vaudeville dolls, and assumed they had silenced her forever. However, Ravens Fair has been plagued by mysterious deaths around them after Mary Shaws collection has returned from their graves and have come to seek revenge on people that killed her and their families. Far from the pall of their cursed hometown, newlyweds Jamie and Lisa Ashen thought they had established a fresh start, until Jamie's wife is grotesquely killed in their apartment…

Taglines:
You scream. You die.

Continuity:
When Lisa is attacked by the Doll and is spitting blood out on the floor, the white sheet on her back keeps moving from being wrapped down around her waist, to pulled back up almost to her shoulders between shots.

Nightmare fuel with something creepy for everyone


If you have nightmares easily, I suggest staying away from this film:
it's pure nightmare fuel. If you have an active imagination, you could
have trouble sleeping with the film's imagery burned into the back of
your eyeballs.

The story's intriguing enough. There just aren't enough horror films
these days about menacing old ventriloquist ladies that are buried with
their creepy dolls, who have come back from the dead to seek vengeance
on the families that put her in the grave, by tearing out their
tongues. The atmosphere is heavy, the creepy music is provided by SAW'S
Charlie Clouser, the colors are washed out, and the sets are surreal.

Many will dismiss it as a formulaic, clichéd horror film. The SAW
creators, who are huge horror fans, have fun making their own version
of the American horror film by throwing in plenty of classic tropes
such as the wise-cracking detective (Donnie Wahlberg) and the crazy old
lady that knows more than she should.

I was pleased that the film didn't shy away from gore: it wasn't
gratuitous, but it did enhance the horror. Most ghost stories tend to
be separate from the gore flicks (I'm a fan of both), but I always
enjoy seeing them combined. Another aspect that was interesting was the
"silence" mode that signaled the presence of evil.

Critics won't dig it, but I've shown it to two groups of friends and
the majority were terrified and claimed it to be one of the scariest
movies they'd seen. If you're a fan of atmospheric horror that aims to
creep you to the bone, you should be more than pleased.