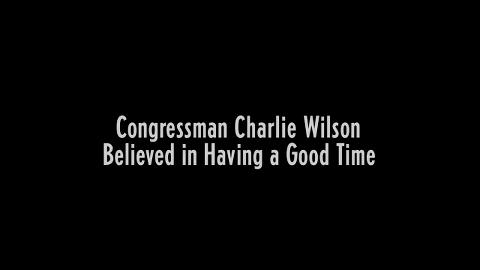 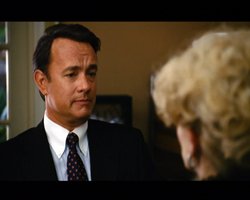 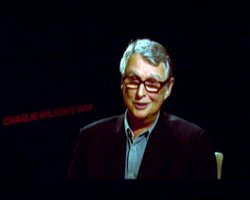 A drama based on a Texas congressman Charlie Wilson's covert dealings in Afghanistan, where his efforts to assist rebels in their war with the Soviets have some unforeseen and long-reaching effects.

Storyline
In the early 1980s, Charlie Wilson is a womanizing US congressional representative from Texas who seemed to be in the minor leagues, except for the fact that he is a member of two major foreign policy and covert-ops committees. However, prodded by his major conservative supporter, Joanne Herring, Wilson learns about the plight the people are suffering in the brutal Soviet occupation of Afghanistan. With the help of the maverick CIA agent, Gust Avrakotos, Wilson dedicates his canny political efforts to supply the Afghan mujahideen with the weapons and support to defeat the Soviet Union. However, Charlie Wilson eventually learns that while military victory can be had, there are other consequences and prices to that fight that are ignored to everyone's sorrow.

Taglines:
Based on a true story. You think we could make all this up?

Towards the end of the movie, Charlie Wilson is presented with one of the Stingers he helped provide to the Afghanis. In an interview, the real Charlie Wilson said the Stinger is one of his most prized possessions, kept in "a very honored spot in my home."

Anachronisms:
In a scene set in early 1980, Crystal Lee mentions the TV show
Falcon Crest, which premiered in 1981.

CIA Award Presenter:
The defeat and break up of the Soviet empire, culminating in the crumbing of the Berlin wall, is one of the great events of world history. There were many heros in this battle, but to Charlie Wilson must go this special recognition. Just thirteen years ago the Soviet army appeared to be invincible…

Funny, sad, and ultimately frightening – a film that makes you both laugh and weep at the state of the world.


Mike Nichols in finest form. I was not a fan of "Closer", so it's
refreshing to see him again right back on top with this comedy set in
the darkest of circumstances. Just one slip in tone could have wrecked
this compelling picture but Nichols and his very strong A-list cast
never put a foot wrong in this biopic of a deeply flawed but utterly
compelling Congressman.

Philip Seymour Hoffman as usual is scintillating and brilliant – here
playing a damaged but ultra-smart CIA manipulator, and it is in the
exchanges between Hanks and Hoffman's characters where the comedy
soars. Rarely is movie humour laugh-out loud and also smart… This
hits the spot time after time with a biting satirical edge that makes
you both laugh and weep at the state of the world (often
simultaneously).

One other major plus is the length of the picture. The film is based on
George Crile's fat book of the same title. The temptation for
screenwriter Aaron Sorkin (his claim to fame is "The West Wing") must
have been to make a fat movie, but what we get is a breath-taking 90
odd minutes of great story with sweeping implications.

This film deserves to be seen and to be recognized for finding an
extraordinary balance between the darkest of dark subject matter and
the lightness of touch of it's sparkling witty script – even if it does
flunk the obvious link between the help that Herring and Wilson provide
and the ultimate consequences (9/11).