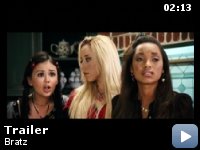 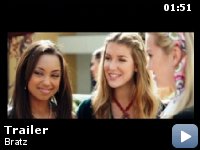 During their first year of high school, four best girlfriends face off against the domineering student body president who wants to split them up into different social cliques.

Storyline
Four best friends start high school. Each one is unique and likes their own thing. When Meredith, the most popular girl, sees this she automatically knows they are trouble. Eventually though Cloe joins the soccer team and hangs out with them, Sasha joins the cheer leading squad and hangs out with the cheerleaders, Jade is part of the math club so she hangs out with them, and Yasmin is left all alone. After years of not talking to each other Jade and Yasmin speak a few words in the restroom but Yasmin doesn't have the courage to tell Jade she misses her. Then the four girls are reunited when they are sent to detention for causing a food fight. After the girls are reunited they find out they are not invited to a huge party given by Meredith Then Cloe finds out that her mom got a job serving food at the party. They are forced to work for Meredith Then at the party Meredith decides to expose Yasmins secret which is her dancing and singing with a face mask…

Taglines:
They teach the whole school the true meaning of friendship! (DVD)

Paula Abdul was originally hired as the movie's Executive Producer, Fashion Designer, and Dance Choreographer. During an episode of her reality TV series
Hey Paula, she found out that she had been fired from the movie through an e-mail message on her Blackberry.

Crew or equipment visible:
When Cloe kicks the soccer ball to Cameron, the ball becomes a plush soccer ball when it hits Cameron.

Sasha:
Oh no she di'ent!

By far one of the worst films – ever

Had I not been forced to see this film because of my occupation (and
the fact I have two young daughters), I would have avoided this
particular production like Richard Simmons avoids women.

However, no such luck came my way on this night, and I was subjected to
one of the single most shallow, insignificant, poorly-directed,
badly-acted movies of the year.

Or in ANY year, for that matter.

"Bratz, The Movie" is supposedly based on those slutty-looking dolls
with huge eyes, full lips and no noses; figures which many parents feel
imbues their daughters with an overinflated infatuation with clothes,
shoes and make-up. Unfortunately, this movie is live action (but still
concentrates on the whole "appearance is the most important" thing).

And while the film tries to touch on friendships being key, the main
message here is that only thin, good-looking people are worth anything;
and the only way to make a difference in the world is to wear the
latest, most expensive fashions.

As if any of this makes any difference, here's the basic plot outline:
Four adolescent girls (all beautiful with perfect bodies), Yasmin
(Natalie Ramos), Jade (Janel Parish), Sasha (Logan Browning) and Chloe
(Skyler Shaye) enter high school. It's also needless to mention that
none of these young women has even the most remote acting talents,
whatsoever.

In fact, I've seen better acting in a morgue. Friends, the combined
talent of the entire cast and crew of "Bratz" could be put in a thimble
and there would still be room for Rosie O'Donnell's butt.

Anyway, these four vapid souls enter Carrie A. Nation High School
(which is more than appropriate since I wanted to take a hatchet to the
projection room during this preview) and immediately clash with uptight
beauty queen, Meredith (Chelsea Staub) and her group of "Heathers"
wannabes.

Meredith – even though a freshman – has divided the entire academy into
clicks (emo's, skaters, geeks, potheads, jocks, tree-huggers and other
assorted losers). Why anyone accepts this pigeon-holing is beyond me,
but wondering about this isn't worth the time it takes for a synapse to
fire, so …

And while it's easy to see the above-mentioned no-names populating this
production, it's quite disheartening to watch a veteran actor such as
Jon Voight, who plays Meredith's father and school principal. He not
only embarrasses himself in the movie, but has put a stamp of
incompetence on what was once a stellar career.

Oh, there's also a deaf kid, Dylan (Ian Nelson) who somehow has the
power to hear Yasmin singing (oh, and he can spin turntables, as well).

The picture's witless conclusion consists of a huge birthday bash for
Meredith (see enters on an elephant) and a loud and irritating musical
number (it's amazing what passes for entertainment in today's world).

My little girls liked this film, but then again they are 3 and 7-years
old. Unless you fit into this particular gender or age group – or are
in a coma – you will see this entire enterprise as shallow as a saucer
and empty-headed as Paris Hilton.

Truly one of the worst movie-going experiences since "Are We Done Yet?"