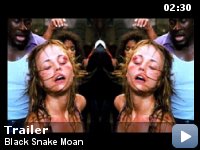 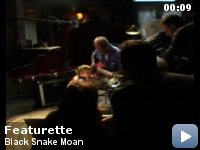 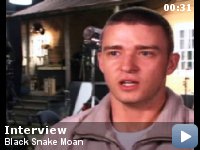 A God-fearing bluesman takes to a wild young woman who, as a victim of childhood sexual abuse, looks everywhere for love, never quite finding it.

Storyline
In rural Mississippi, Lazarus, a former blues musician who survives by truck farming, finds a young girl nearly beaten to death near his home. She's the white-trash town tramp, molded by a life of sexual abuse at the hands of her father and verbal abuse from her mother, who seems to delight in reminding Rae of her mistake in not aborting her. Lazarus, who is also facing personal crisis at the dissolution of his marriage, nurses Rae back to health, providing her with gentle, fatherly advice as well as an education in blues music. Rae's boyfriend, Ronnie, goaded by the man who nearly beat Rae to death, misunderstands the relationship between Lazarus and Rae, and vows to kill him. Lazarus, exhibiting a street-smart understanding of violence and its motives, calls Ronnie's bluff, senses that he is as troubled as Rae, and becomes a guiding force in the young couple's resurrection.

Taglines:
To save his soul he must save hers.

Cedric Burnside and Kenny Brown, the members of Lazarus' band, are the grandchildren of legendary (but relatively unknown) blues singer R.L. Burnside. They played in his band while he toured up until his death in 2005. Additionally, the reverend (played by John Cothran Jr.) is named R.L. On a side note, features of Lazarus (played by Samuel L. Jackson), such as his hair and his history with the Juke Joint, are remarkably similar to Burnside's.

Continuity:
When Lazarus is singing in the bar towards the end of the film. The cable on the microphone he is using keeps switching from being wrapped around the microphone stand, to just falling straight to the floor.

An excellent movie with disastrous marketing


We just saw this film previewed before release at the Norfolk (VA) Film
Forum, and there was general agreement on two matters: There were
excellent performances in a first rate drama by the two leads and by
others: and secondly, the marketing for this movie will only bring
disaster. We saw a lurid poster with chains and suggestive commentary
implying some sort of wacko sexual relationship between Samuel Jackson
and Cristina Ricci, whereas the movie has some real depth and some
thoughtful ideas. What's sad is that people looking for near porn will
be drawn in to see the film and will be disappointed because it will be
too "heavy" for them, while the people who would really enjoy it
wouldn't be caught dead walking into the theater showing it. Too bad. A
good film wasted.

TagsUSA
Home of the Brave
5 Centimeters Per Second