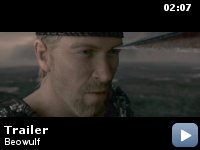 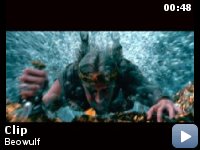 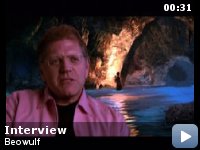 The warrior Beowulf must fight and defeat the monster Grendel who is terrorizing towns, and later, Grendel's mother, who begins killing out of revenge.

Storyline
Set against the coming of Christianity, this is the story of the last hero: in 507, a monstrous troll wreaks havoc in the mead hall of the Danish king, Hrothgar. He offers rewards for the death of Grendel, so Beowulf, a great and boastful Geat warrior, arrives with his thanes. Beowulf sets aside his armor and awaits the monster; a fierce battle ensues that leads to Beowolf's entering the watery lair of Grendel's mother, where a devil's bargain awaits. Beowulf returns to Herot, the castle, and becomes king. Jump ahead many years, and the sins of the father are visited upon Beowulf and his kingdom. The hero must face his weakness and be heroic once again. Is the age of demons over?

Taglines:
Pride is the curse.

Paramount Pictures hired Knott's Berry Farm in Orange County, California, to produce a walk-through maze based on the new
Beowulf movie for its 35th Annual Halloween Haunt, held every October at the theme park. Sony Pictures
The Grudge 2 was the only previous maze produced at the Haunt by a major movie studio.

Anachronisms:
By the time Beowulf is said to occur according to the movie, Denmark would not have converted to Christianity; conversion only happened under the reign of Harald Bluetooth (935-986AD) about 400 years later.

King Hrothgar:
I want mead! Give me some mead, my queen!

Fun, handsome, but spoilt by 3D


Pretty much everyone knows the story of Beowulf – man fights monster,
monster's mum and then a dragon – but this ancient story has inspired
generations of writers and academics, now it gets a shiny makeover
courtesy of Neil Gaiman and Roger Avary.


Beowulf (the man) could have been written as a cookie-cutter hero, but
fortunately he's something else – fallible and not yet the hero he must
become later in the movie. But (and this is really hard without
spoiling the movie), the battle that turns him into a hero also leads
inexorably to his undoing. That's something the two writers have
brought to the millennia old text and it works perfectly to help fill
in some of the gaps in the original poem and provide a back story to
events.

A special mention also to Crispin Glover's Grendel. I wasn't
particularly struck with the physical realisation of the monster, but
the performance is knock out. Instead of just being a rampaging beast,
Grendel is almost something to be pitied – a misshapen outcast with
noisy neighbours, and his final scene is remarkably touching. Oh and if
you don't understand Grendel, you clearly haven't been keeping up with
your Old English classes!

But let's be honest, everyone watches a movie about Vikings for the
action. And Beowulf delivers this in spades. Here comes my first
proviso – Beowulf in the UK is getting a 12A rating, but there is no
way I would take a 12 year old to see this film in all its eye-ball
spearing, spine-snapping, ligament-tearing glory. This movie would get
a higher rating had it been shot in real-life and it's worth
considering this before packing the kids into the car. Mostly the
violence is justified, but it is there and it's NOT cartoony.

The animation is the talking point of this movie, and its a real step
on from the zombified performance of 'Polar Express'. The impression of
living, breathing flesh is almost complete with the exception of
strangely dead eyes – this movie is a landmark in computer imagery. The
majority of the characters are stunningly rendered (Beowulf in
particular) in close up, but they somehow look less convincing at a
distance. Generally the men are better done than the women, with Queen
Wealthow the spitting image of Julie Andrew's queen in Shrek 2.

So, its a violent special effects triumph – could anything be wrong?

Two things. One – the accents. Oh dear god in heaven above what were
they thinking – this is a treasure house of appalling voices,
Irish(ish), Scottish(ish), Welsh(ish) are all thrown into the mix, but
the standout horrors are Jon Malkovich's take on Danish which might
have been inspired by the Muppets and Angelina Jolie dusting off her
accent from 'Alexander'.

The second is the 3D projection. For reasons best known to studio
executives we're all meant to get very excited by 3D all over again.
Beowulf is one of the first movies to be released in the UK using REALD
– a system familiar to anyone who has been to a Disney park in the last
20 years. The animators of Beowulf clearly had great fun working out
new ways of making things jump out of the screen at the audience, but
the effect becomes slightly wearisome after a minute or two.
Fortunately things settle down later in the movie and the makers stop
trying to show off their new technology.

More disappointing, the poor quality of the Polaroid glasses you have
to wear make the image slightly blurry and spoilt by reflections. After
years waiting for the crystal clarity of digital projection, the whole
thing has been undone by a gimmick. If you have a choice, you might be
better off seeing a regular 2D version.

A final comment, Beowulf spends part of the movie naked, bet you can't
watch it and not think of Austin Powers.

TagsUSA
The Good Night
The Death and Life of Bobby Z