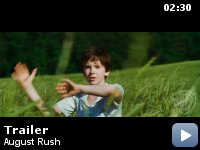 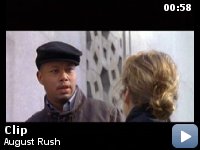 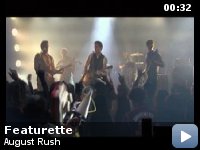 A drama with fairy tale elements, where an orphaned musical prodigy uses his gift as a clue to finding his birth parents.

Storyline
This is a story of a music prodigy. Lyla is a renowned and beautiful cellist and Louis is a guitar player and vocalist at a club. Lyla and Louis fall in love once they meet each other following the music. Since they have different lives, they have to separate without seeing each other again. However, Lyla has had their baby – Evan, a prodigy born to music. Lyla has an accident and bears the baby but Lyla's father gives the baby to an orphanage without telling her, for fear of affecting her career. After that, both Louis and Lyla give up their music careers. Eleven years later, poor little Evan believes that his parents are waiting for him and goes to New York to find them. In New York, his musical gift leads him to success but also gives him some trouble. A monger uses Evan to make money and prevents him from achieving success. He escapes and runs into a church and people there are surprised by his gift and send him to the best music school…

Taglines:
An incredible journey moving at the speed of sound

(At 1:41:00) When Louis is in the van passing Central Park, the banner he sees shows that the concert's pianist is Lionel Wigram, who is actually the Executive Producer of the movie.

Errors made by characters (possibly deliberate errors by the filmmakers):
When Arthur leaves the park after meeting Evan, he leaves his amp behind.

Wizard:
You know what music is? God's little reminder that there's something else besides us in this universe, a harmonic connection between all living beings, every where, even the stars.

This modern Oliver-style plot has some of the best music around! The "artsy" approach is often mesmerizing, and will hold your interest from beginning to end.


I totally enjoyed this movie. The scenes have an appealing fantasy
element, while at the same time, the plot manages to explore
true-to-life human situations such as bullying of those who are
different.

The music is incredible, and mostly consists of original scores. It
includes gospel, rock and classical, seamlessly integrated in a new way
that works extremely well.

The plot is somewhat predictable and possibly a little "sappy", but
those elements are easily overcome by the moment-to-moment execution of
the story. Think of a modernized "Oliver" with Robin Williams as Fagin
to a group of homeless, musically talented kids…plus extra elements
of romance and intrigue, and you will have a bit of an idea about this
movie.

The three main characters are all physically "beautiful" people who
manage to convey the story with a minimum of dialog. Additional
characters, including Terrence Howard as the social worker, Jamia
Simone Nash as the young girl in the church choir, and Leon G. Thomas
as the young boy who befriends the musical prodigy, contribute strong
performances and pizazz.

Someone sitting near me stated it is impossible for even a prodigy to
learn music so quickly and at such a young age… However, this is not
true. Check out Jay Greenberg, a young music student currently studying
at Julliard. In the end, this movie is at least an endorsement and
celebration of the significance of music in our lives and at most a
transcendent, fun experience to watch.

I rarely like to see any movie more than once, but definitely want to
see this again. Take the family…this is for children, teens and adults.
Don't miss it is my recommendation!