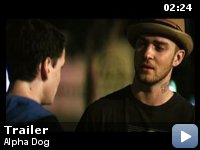 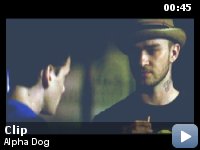 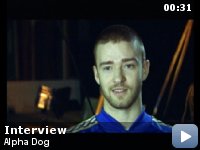 A drama based on the life of Jesse James Hollywood, a drug dealer who became one of the youngest men ever to be on the FBI's most wanted list.

Storyline
1999, Claremont, California. Middle-class kids, in their 20s, talk trash, wave guns, hang out in a pack. Johnny Truelove, drug dealer and son of a underworld figure, threatens Jake Mazursky, an explosive head case who owes Johnny money; Jake responds by breaking into Johnny's house. On impulse, Johnny and a couple pals kidnap Jake's 15-year-old brother, Zach. Zach's okay with it, figuring his brother will pay the debt soon. Johnny assigns his buddy Frankie to be Zach's minder, and they develop a brotherly friendship. Zach parties with his captors as things begin to spin out of control. Group think, amorality, and fear of prison assert a hold on the pack. Is Zach in danger?

Taglines:
How did a crime with this many witnesses go so far?

The film was originally to be distributed by New Line Cinema. When New Line requested edits to the film that the director didn't want to make, they sold the movie to Universal, which delayed release by a year, but kept the film intact.

Incorrectly regarded as goofs:
When Jake goes home to see what's going on with his younger brother, he goes straight to the fridge, grabs a beer and twists the top off. A moment later, the beer is a Heineken, which requires a bottle opener to open. Old-fashioned bottle tops can be twisted off, though it's more difficult (and painful) than using a bottle opener.

Sonny Truelove:
You wanna know what this is all about? You can say it's about drugs or guns or disaffected youth, or whatever you like. But this whole thing is about parenting. It's about taking care of your children. You take care of yours, I take care of mine.

I got a chance to see a screening of this at Sundance.

This movie sucks you in, seduces you, entrances you, then whacks you
over the head with a baseball bat.

It starts off fairly annoying… bunch of pimply-faced white wanna-be's
spouting rapid fire ghetto speak with rap music blaring in the
background. Eminem would be proud. I thought to myself, "oh no, here we
go to one dimensional city…".

But after a while these characters became very likable. These are REAL
characters, living a really dangerous life style. The effect is similar
in Goodfellas… they're so bad, so annoying, but fascinating, and free
in ways ordinary people aren't. They do what they want, when they want
and give you a bloody nose if you try and stop them.

There's a mood, an energy, a style that Cassavettes was able to capture
and portray that made this film so far removed from any clichéd studio
product geared toward teenyboppers. The film feels honest and genuine,
and that's the difference.

At a certain point, after all the partying, and boozing and drugging,
the film takes a turn for the worse and climaxes into a gut wrenching,
horrible tragedy that left me (and the audience) stunned.

Overall it's an extremely well crafted film, definitely worth seeing.

And I almost forgot to mention the biggest surprise of all… Justin
Timberlake. Forget what you know, forget N'SYNC, this guy is a real
actor. I almost feel strange saying this, but it's true… He was
stunning, almost stole the movie; crackled whenever he was on screen.
He has all the right ingredients for a stellar acting career; charisma,
screen presence, that separates him from the pretty faced phonies
clogging the movie screens. Every moment he was on screen he was doing
something that worked, and he makes it look easy, the most important
trait a great actor has. I'll definitely be watching his acting career
very closely from now on.

TagsFBI TKO USA
Perfume: The Story of a Murderer
Cashback