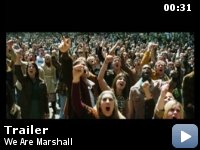 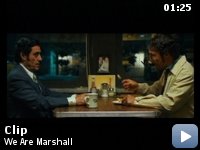 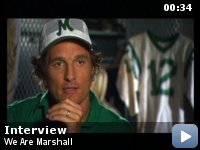 When a plane crash claims the lives of members of the Marshall University football team and some of its fans, the team's new coach and his surviving players try to keep the football program alive.

Storyline
In November, 1970, virtually the entire football team and coaches of Marshall University (Huntington, W.V.) die in a plane crash. That spring, led by Nate Ruffin, a player who was ill and missed the fatal flight, students rally to convince the board of governors to play the 1971 season. The college president, Don Dedman, must find a coach, who then must find players. They petition the NCAA to allow freshmen to play, and coach Jack Lengyel motivates and leads young players at the same time that he reexamines the Lombardi creed that winning is the only thing. The father and the fiancée of a player who died find strength to move on. Can Marshall win even one game in 1971?

Taglines:
In a moment, everything can change…anyone can inspire you…and anything is possible.

The Marshall plane crash followed by 6 weeks a similar crash of one of 2 chartered planes carrying the Wichita State University football team (the plane that crashed carried the upperclassmen, the head coach and other team staff, university officials, and several boosters). The plane crashed into the side of a mountain in Colorado en route to a game in Logan, UT; 31 people were killed, about half of whom were players; there were 9 survivors, including the co-pilot. The surviving team members, plus some freshman players, continued to play for the remainder of the season.

Anachronisms:
When Jack Lengyel and Red Dawson are reviewing the Black and White 16mm footage of the "Veer" plays, graciously loaned to them by the WVU coach, the footage is 'pixelated' like a streaming video. There are large square pixels indicating a video blow up from a lower resolution digital source. That sort of distortion would not be possible in 1971 where the only flaws in blowing up a movie would be the 'grains' in the film. This particular optical flaw is specific to the Internet and web casting and is most commonly seen in low resolution user uploaded videos.

Red Dawson:
We're not honoring them, Jack, we're disgracing them.


I saw this film on November 21st, 2006 in Indianapolis. I am one of the
judges for the Heartland Film Festival's Truly Moving Picture Award. A
Truly Moving Picture "…explores the human journey by artistically
expressing hope and respect for the positive values of life." Heartland
gave that award to this film.


This film is based on a true and tragic story. On November 14th, 1970,
the Marshall University football team, football coaches, athletic
staff, key alumni, and friends were flying home to Huntington, West
Virginia after an away game against East Carolina. Their plane crashed
killing all seventy five (75) aboard.

How do a University and a small town of 50,000 people respond to a
massive tragedy that affected so many students and town residents? This
movie is about their struggle to come to grips with that tragedy.

Without bitter rancor and with humility, some felt the University
should start up a new football team and persevere through a long
rebuilding process to honor the dead. Others, again without rancor and
with humility, believed that starting up a football team would be too
painful a reminder of the tragedy.

It was decided to start a new football team immediately and play the
next season in 1971. This movie is primarily about the difficulties of
the development of the team.

Matthew McConaughey plays the new Head Coach brilliantly and
believably. He is a combination of country bumpkin enthusiastic
huckster and a wise man. And he does it simply because he believes –
"Maybe I can help." He displays courage and perseverance and makes
sacrifices with a career move that could throw him out of his beloved
profession, head football coaching, forever.

The town and University have to quickly break the Vince Lombardi-like
notion that you play the game of football for one reason only – to win.
They learn how you play the game matters, and even simply showing up is
a kind of victory too.

This is a compelling story well told and very moving.