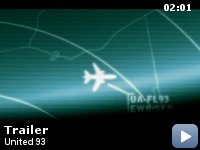 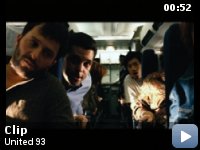 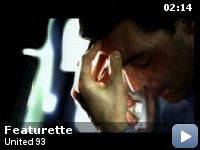 A real time account of the events on United Flight 93, one of the planes hijacked on 9/11 that crashed near Shanksville, Pennsylvania when passengers foiled the terrorist plot.

Storyline
On September, 11th 2001, two American Airlines and two United Airlines domestic U.S. flights are hijacked by terrorists. After the collision of two planes against the World Trade Center and one against the Pentagon, the passengers and crew of United Flight 93 decide to struggle against the four terrorist to take back the control of the airplane.

Taglines:
On September 11th, one of our darkest day in our history, 40 ordinary people sat down as strangers, and stood up as one.

U.S Military Air Traffic Controllers were used in some scenes for the movie.

Continuity:
During first officer's preflight walk around, the aircraft has Rolls-Royce RB211 engines. In fact, all United 757's are equipped with two distinctive Pratt & Whitney 2040 engines. The engines alternate between Rolls Royce and Pratt & Whitney during exterior shots of the 757.

A powerful, tasteful and important film…


I saw this at a special screening. I have not stopped thinking about it
since. A emotional and powerful film that I will remember forever. I
can't fault anyone who doesn't want to see this film. But please put to
rest any fears that this film was made purely to turn a profit and
serves no purpose.


For all those who were afraid that this film would be exploitive,
propaganda filled Hollywood schlock, I'm sorry to say that could not be
farther from the truth.

Though for the most part I'm still at a loss for words I'll do my best
to give you a short and sweet overview.

Paul Greengrass has done the seemingly impossible by making a Hollywood
film about this subject everyone is afraid to touch, but made it in
such a way that it's hard to find fault, despite everyone's initial
misgivings. No 'rah rah' patriotism. No veiled political stances. No
cartoonish villains. No making the enemy sympathetic. Just a
brilliantly executed look at what did happen and what 'might' have
happened on that fateful day.

What makes it more effective is that all throughout you don't recognize
any of the actors. They may as well be "real people". You're never
thinking to yourself, 'oh that's Nicolas Cage', conscious of the fact
that it's acting. And come to find out, many of the air traffic
controllers and military personnel are playing themselves! This makes
it all the more real and draws you in and takes you back to that day.

And when the passengers decide to fight back? There's no swelling of
violins or slow motion shots. They don't have a rallying cry or 'lets
do it for Uncle Sam' type speech to motivate everyone. No, these
passengers were reacting spontaneously to the situation as it played
out and were acting on their survival instinct. You can't help but
think how you would react in that situation and makes it all the more
compelling and powerful.

I won't say this film is for everyone. It IS hard to watch at times.
But I'm so glad I did see it. Very cathartic in a way. And trust me,
this film couldn't have been done in a more professional, classy way.
This feels genuine; of course they are going to 'profit' off it, but
you get the sense that the filmmakers and everyone involved poured
their hearts into this project and did this to tell a story. A more
dignified and heroic story I don't think I've ever seen.