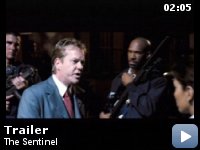 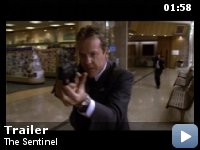 Storyline
Special Agent Pete Garrison is convinced that a Neo-Nazi Aryan Disciple has managed to infiltrate the White House. When a White House Agent is murdered, Garrison is framed and blackmailed over an affair with the First Lady Sarah Ballentine. He is relieved of his duties, but Garrison won't stop in trying to prove his innocence, and save the life of the President. While attempting to uncover the person behind it all, he comes into confrontation with his protege, Agent Breckinridge.

Taglines:
In 141 years, there's never been a traitor in the Secret Service…. Until Now.

In the behind-the-scenes featurette, the Secret Service consultant for the movie stated that 'Eva Longoria' far surpassed the other actors in "shooting school". In fact, he remarked that her score would beat about 90% of members of the Secret Service. Longoria mentioned that when she was younger she often accompanied her father to the gun range, so being around and handling guns wasn't new to her.

David Breckinridge:
Pete Garrison was my best friend. Until he slept with my wife


Michael Douglas is a secret service agent framed in a plot to kill the
President of the US. Kiefer Sutherland is the agent on his tail.

Its not a bad movie its just been there done that with form over
content film making. There is no real tension because the actors are in
roles they've played a dozen or so times before (Sutherland in 24 each
week)so you can pretty much walk them through whats happening.Thats the
problem here, its all been done before, better.

The real question is: Do I really need to pay 10 bucks a head to see
whats a essentially a big screen TV movie? I think not. As I said its
not bad, its just not worth running out to the theater to see. Wait for
cable where this movie really belongs.

TagsFBI USA
Them
The Amateurs