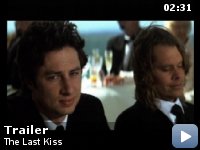 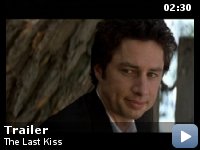 Michael and Jenna, having been a couple for three years, want to get married and start a family. These plans seem to be well on their way when Jenna announces that she's pregnant…

Storyline
Michael and Jenna, having been a couple for three years, want to get married and start a family. These plans seem to be well on their way when Jenna announces that she's pregnant. But Michael is worried that his life and his youth will over for good. At a wedding of a friend, he meets a free-spirited college co-ed, Kim, who opens his eyes and leads him on a dangerous path away from Jenna. Meanwhile, none of the relationships of the people surrounding Michael and Jenna are happy and stable. Michael's friend Izzy is unwilling to let go of his childhood sweetheart Arianna; Kenny is a handsome stud who fears commitment to his latest conquest Danielle; and Chris is a co-worker who is dominated by his neurotic and overbearing wife over raising their newborn son. Even Jenna's parents, Stephen and Anna, are experiencing problems in their long-suffering marriage.

Taglines:
We all make choices. What's yours?

Zach Braff has said that he worked on the script and that he "tweaked the dialog a little bit". He also claims to have written the ending "porch" sequence.

Stephen:
People know the truth. They may not like it or want to know it, but they always know. Lie and you'll lose her.

Not Quite Garden State 2


Don't necessarily expect to see the next step in Andrew Largeman's
life. While the trailer makes you think "Hey, it's Zach Braff playing
another guy who is confused about his life, and not sure where to go
from here", The Last Kiss does offer a little more. For one its much
more mature, and the characters are all flawed (and not in cute
'Natlalie Portman lies to get people to like her' ways) and they are
all real. The performances were far better than i expected, the entire
cast shines. The movie succeeds in appealing to everyone. No matter who
you are and what state your romantic life is in, you will find someone
to relate too.


Jacinda Barrett finally gets to show some acting skills, and comes
through beautifully. Casey Affleck is great. Zach Braff makes me
understand why he wants something different, despite the fact that
Jacinda Barrett seems so lovable. And the biggest surprise is Rachael
Bilson. Early on she seems as if she is playing Summer Roberts on the
big screen, but as her character unfolds she simmers with sex appeal,
and was able to break my heart with just a simple gesture.

The Last Kiss succeeds in letting its actors shine, and if anything you
should see it for its great soundtrack.