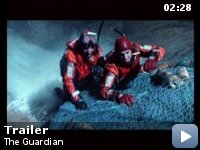 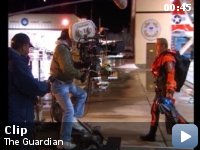 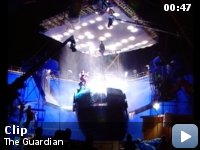 A high school swim champion with a troubled past enrolls in the U.S. Coast Guard's "A" School, where legendary rescue swimmer Ben Randall teaches him some hard lessons about loss, love, and self-sacrifice.

Storyline
The US Coast Guard version of "Top Gun" with a little "An Officer and A Gentleman" thrown in: an aging USCG rescue swimmer's team is killed in a horrific rescue mission. Immediately prior to this terrible event, his wife also announced that she cannot take anymore. His first love is always the rescue mission. This leaves him an obviously emotional wreck. His commender gives him a choice – quit or take a position as an instructor at the USCG training facility in Louisiana. Reluctantly he takes the position. Moving into the school, he immediately increases the 18 week curriculum that routinely fails half of the people that attend. Here he meets a young man with unlimited potential, but with some secret that seems to hold him back as a team player. Delving into his past, links are found that make him a psychic twin to the older man. Thrown into the midst of the story is a romance with a local girl…

Taglines:
When lives are on the line, sacrifice everything.

Chief Flythe, played by Joseph 'Butch' Flythe, who can be seen in various scenes throughout the film, was one of the first five operating rescue swimmers in the Coast Guard, graduating from A school in 1984 and beginning his work at the Elizabeth City base in 1985.

Crew or equipment visible:
During Jake's first official rescue of the canoeists in the cave, a lifeguard's flotation briefly appears in the opening of a small side cave behind Randall when he preparing to bring out one of the canoeists.

Capt. William Hadley:
There is a legend of a man who lives beneath the sea. He is a fisher of men, the last hope of all those who have been left behind. Many survivors claim to have felt his gripping hands beneath them; pushing them up to the surface; whispering strength until help could arrive. But this, of course, is only a legend.


I went to an advance screening of this movie thinking I was about to
embark on 120 minutes of cheezy lines, mindless plot, and the kind of
nauseous acting that made "The Postman" one of the most malignant
displays of cinematic blundering of our time. But I was shocked.
Shocked to find a film starring Costner that appealed to the soul of
the audience. Shocked that Ashton Kutcher could act in such a serious
role. Shocked that a film starring both actually engaged and captured
my own emotions. Not since 'Robin Hood' have I seen this Costner: full
of depth and complex emotion. Kutcher seems to have tweaked the serious
acting he played with in "Butterfly Effect". These two actors came into
this film with a serious, focused attitude that shone through in what I
thought was one of the best films I've seen this year. No, its not an
Oscar worthy movie. It's not an epic, or a profound social commentary
film. Rather, its a story about a simple topic, illuminated in a way
that brings that audience to a higher level of empathy than thought
possible. That's what I think good film-making is and I for one am
throughly impressed by this work. Bravo!