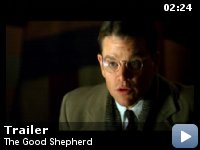 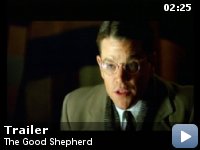 The tumultuous early history of the Central Intelligence Agency is viewed through the prism of one man's life.

Storyline
Laconic and self-contained, Edward Wilson heads CIA covert operations during the Bay of Pigs. The agency suspects that Castro was tipped, so Wilson looks for the leak. As he investigates, he recalls, in a series of flashbacks, his father's death, student days at Yale (poetry; Skull and Bones), recruitment into the fledgling OSS, truncated affairs, a shotgun marriage, cutting his teeth on spy craft in London, distance from his son, the emergence of the Cold War, and relationships with agency, British, and Soviet counterparts. We watch his idealism give way to something else: disclosing the nature of that something else is at the heart of the film's narration as he closes in on the leak.

Taglines:
The untold story of the most powerful covert agency in the world.

Leonardo DiCaprio was originally cast as the younger Edward Wilson but dropped out.

Anachronisms:
The list in Dr. Fredericks' briefcase that Wilson copies was clearly made with a computer. Of course, these were not available at the time the movie takes place.

Miriam:
You are safe here with me.

Finally a film that doesn't assume you're an idiot


After enduring trailer after trailer with endless stings of explosions,
ridiculous CG-assisted stunts and mindless action, I felt very rewarded
with an intelligent and intriguing film that defies the status quo of
bigger and louder is better.

The Good Sheperd doesn't insult your intelligence, it stimulates it,
sometimes confuses it, and forces you to look several layers beneath
the surface. It feels like a throwback to another era of films when the
complexity of a character was of greater importance than spectacle.

De Niro took a page from his producer's best work, Francis Ford
Coppola, emulating films like The Godfather, The Conversation and
Apacalypse Now. The drama rises not from the usual blatant conventional
devices but rather by raising questions because of what we're not told
and not shown. It requires a great deal of courage to use this style as
films have gravitated more and more toward assuming the average
moviegoer is of substandard intelligence. The scope of the film is
enormous, yet the point of view is narrowly focused to be seen through
the eyes of one man. There are a dozen of subplots, but all are
carefully tied into the through-line of the story to match the main
character's progression.

The film may require some understanding of American history from WWII
through the Kennedy administration. It starts with the later years of
the story, The Bay of Pigs debacle, and traces the steps that lead to
it, one of the more embarrassing moments in the history of U.S. foreign
policy. I found it a bit annoying that Matt Damon's character, Edward
Wilson, barely seemed to age in the film while others around him did
(the best way to determine his age is whether he's wearing wire-rimmed
or horn-rimmed glasses), but it didn't ruin the film for me.

Overall though, definitely one of the best films of 2006. A rare film
that makes you want to think and understand, rather than forget.