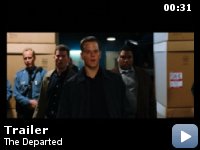 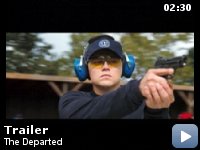 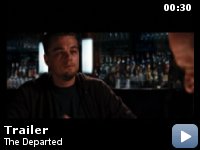 Two men from opposite sides of the law are undercover within the Massachusetts State Police and the Irish mafia, but violence and bloodshed boil when discoveries are made, and the moles are dispatched to find out their enemy's identities.

Storyline
In South Boston, the state police force is waging war on Irish-American organized crime. Young undercover cop Billy Costigan is assigned to infiltrate the mob syndicate run by gangland chief Frank Costello. While Billy quickly gains Costello's confidence, Colin Sullivan, a hardened young criminal who has infiltrated the state police as an informer for the syndicate, is rising to a position of power in the Special Investigation Unit. Each man becomes deeply consumed by his double life, gathering information about the plans and counter-plans of the operations he has penetrated. But when it becomes clear to both the mob and the police that there's a mole in their midst, Billy and Colin are suddenly in danger of being caught and exposed to the enemy-and each must race to uncover the identity of the other man in time to save himself. But is either willing to turn on the friends and comrades they've made during their long stints undercover?

Taglines:
Cops or Criminals. When you're facing a loaded gun what's the difference?

Leonardo DiCaprio was cast in the title role in
The Good Shepherd, but he dropped out to play Billy Costigan in this movie. Matt Damon then took the role. Robert De Niro turned down the role of Queenan to appear in The Good Shepherd.

Anachronisms:
At the beginning of the film, "some years ago," the sign in the convenience store window advertises The Boston Phoenix as a free paper. Before 2000, the Phoenix cost $.35-.50 (depending on the year).

Frank Costello:
I don't want to be a product of my environment. I want my environment to be a product of me. Years ago we had the church. That was only a way of saying – we had each other. The Knights of Columbus were real head-breakers; true guineas. They took over their piece of the city. Twenty years after an Irishman couldn't get a fucking job, we had the presidency. May he rest in peace. That's what the niggers don't realize. If I got one thing against the black chappies, it's this – no one gives it to you. You have to take it.


Now I know that 'The Departed' is based off of the Hong Kong movie
'WuJianDao', but Scorsese really grabs hold of a great story and brings
it to the American Screen. My father grew up in Boston and when we
walked out of the theater he couldn't stop talking about how authentic
the environment and attitude was. Then there's the acting in which the
lead actors (Nicholson, DiCaprio, Damon) not only give stunningly
entertaining performances, but you become engulfed in each one's
perspective and dilemmas. The smaller roles that of (Baldwin, Walberg,
Sheen) are supporting roles that remind me of Jesus Quintana from 'The
Big Lebowski', by this I mean that their screen time is limited but
they make lasting impressions that you cherish each and every scene
they are in, Alec Baldwin especially. The story itself starts off with
the basic intro of the players and the setting, but you'll find
yourself slowing following each and every plot twist and rooting back
and forth for the good guys and for the bad guys. If you're a Scorsese
fan, which I am, I think you will appreciate this film. You can clearly
see the Scorsese touch ranging from the cinematography and of course
the music, it's great to hear "Gimme Shelter" again, but "Comfortably
Numb" played in so well. It's another gangster flick from Scorsese, yet
this one stands alone because feels so fresh and most would agree
Scorsese does gangster films the best; so why not let him. Oscar
worthy, the acting I certainly hope; this is DiCaprio's best role since
'The Aviator' which was his best role since 'Gangs of New York', am I
seeing a pattern here. But my lasting impression wasn't concerned with
the politics of the golden statue; my lasting impression was that I had
sat through 2 and half hours of brilliant and especially entertaining
storytelling. Thank you Mr. Scorsese.