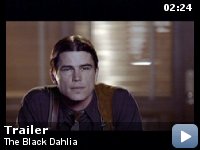 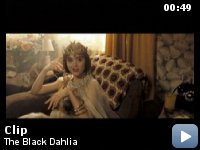 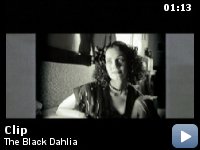 Two policemen see their personal and professional lives fall apart in the wake of the "Black Dahlia" murder investigation.

Storyline
In 1946, the former boxers Dwight "Bucky" Bleichert and Lee Blanchard are policemen in Los Angeles. Lee has a good relationship with his chief and uses a box fight between them to promote the department and get a raise to the police force. They succeed and are promoted to homicide detectives, working together. Bucky becomes a close friend of Lee and his girlfriend Kay Lake, forming a triangle of love. When the corpse of the aspirant actress 'Elizabeth Short (I)' is found mutilated, Lee becomes obsessed to solve the case called by the press Black Dahlia. Meanwhile, Bucky's investigation leads him to a Madeleine Linscott, the daughter of a powerful and wealthy constructor that resembles the Black Dahlia. In an environment of corruption and lies, Bucky discloses hidden truths.

Taglines:
Inspired by the most notorious unsolved murder in California history.

Brian De Palma offered the role of Madeleine Linscott to Eva Green, but she turned it down because she didn't want to be typecast as a "femme fatale" and the role went to Hilary Swank.

Continuity:
When Bucky is shot at, the bullet puts a hole through a windshield of the car. In the next shot, the bullet hole is gone.

Ofcr. Dwight "Bucky" Bleichert:
[voiceover]
Mr. Fire versus Mr. Ice. For everything people were making it out to be, you'd think it was our first fight. It wasn't. And it wouldn't be our last.


Anybody expecting to get a great account of the Black Dahlia case, even
fictional, will be disappointed going in to this movie. Of course, I
knew that it was a fictionalization of the case, but I had no idea the
movie would present its own evidence and draw its own conclusions.

But the main problem here is not the lack of factual detail, so much as
the confusion of plot that surrounds and overwhelms the Black Dahlia
case itself. So much plot and character and sideplots and backstory are
built around the central characters that the case itself seems like a
distraction. A key plot point and character motivator is the
fascination of the two detectives with the murder, but this is never
elaborated enough in the film, and we're left to half-heartedly guess
at the character motivations.

The tone is never consistently campy, but when the camp arrives it
overwhelms the story. A dinner scene between a suspect and her family
had the crowd in stitches (the only scene during which the audience
laughed). The problem is that the scene is valuable to the plot and
should never have been played for laughs. Hitchcock or even Lynch could
have shot the same scene, with the same events and dialogue, and made
it menacing and creepy, which it needed to be to function in the
mystery.

Other problems: De Palma uses the lesbian angle of the movie (never a
part of the case) to full exploitative advantage, and the actresses
seem unable to master to the expressive 1940s style acting that would
have come naturally to even a marginal 40s star.

Although the film brings a clearcut finale rather than a vague puzzle,
too many loose threads come together too neatly and rather than
bringing the film to a satisfactory conclusion, it leaves you
scratching your head, is this what I spent the last 2 hours waiting to
hear? Overall, there is too much plot, too little character development
and a wildly uneven tone. The movie has its moments but it's a blinding
mess all together.