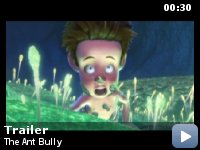 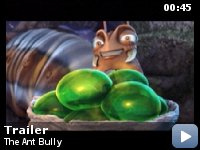 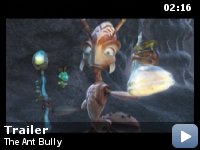 After Lucas Nickle floods an ant colony with his watergun, he's magically shrunken down to insect size and sentenced to hard labor in the ruins.

Storyline
This is the story of a ten-year-old boy named Lucas Nickle, who has just moved to a new neighborhood, has no friends, and is the target for the local bully and his gang. His parents are leaving for a honeymoon in Puerto Vallarta, so they are too busy to attend to his problems. His sister is distracted by her cellular phone, and the grandmother is obsessed with UFOs and aliens. Lucas is constantly being beat up by the obese yet intimidating neighborhood bully. Because he cannot fight back, he takes out his anger on an anthill in his front yard; He kicks it, stomps it, squirts it with his water gun, and floods it with a hose. This terrifies the ants, who call Lucas the Destroyer. One wizard ant, known as Zoc being a hopeful and adventurous type, is trying to solve this dilemma. He tries to devise a magic potion that he believes will solve all their problems. As the plan to shrink Lucas down…

Taglines:
This Summer It's Crunch Time.

Julia Roberts, who plays the ant Hova in this film, plays another bug (the title role spider) in
Charlotte's Web.

Lucas Nickle:
Hello! Earth to ant lady! You were right in the middle of sounding like my mom!


I really don't get the negative reviews for this movie. I'm in my
forties, so is my husband. Our children are three and eleven. We all
loved this movie. I'll buy the DVD.

I liked this movie as well as A Bug's Life, if not better. Why? The
message that it's okay to be yourself and that you don't have to simply
accept bullying is delivered in a more laid-back way. A Bug's Life and
Toy Story, by comparison, are frenetic.

The actors voices and characterization are terrific. All in all, I
think the visuals at the end of the film – sort of a funky,
hieroglyphic narrative – help to sum up this film's appeal or lack of
appeal, depending on the nature of the viewer. If you genuinely prefer
faster-paced, more "in-your-face" type of movies (and I realize that
most American film viewers do these days), then you will have to
acclimate a little to this film. But not much. It's plenty busy.

What it also is, however, is charming. Toy Story was charming. So was
the first Shrek, in its own quirky, slightly perverse way. The Ant
Bully, in my family's opinion (and we go to a lot of movies), was just
what we needed for a Friday night of family entertainment. We had some
really good laughs, enjoyed being together, and left feeling upbeat.
The audience seemed to enjoy this movie very much. There was a lot of
laughter and many people stayed to watch the colorful visuals at the
end.

If you don't like this movie, then perhaps you need to learn to kick
back and relax a little more often. We found it to be well worth
viewing and it will certainly receive a lot of travel time viewing in
our car once it's released on DVD. I saw that Tom Hanks was an
Executive Producer. Thanks, Tom.

TagsDVD
The Host
Tales from Earthsea