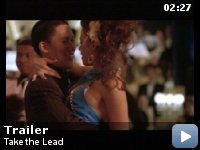 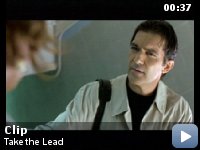 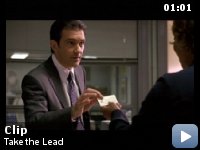 The real story of a dance teacher who believed in the talent of a group of problem kids.

Storyline
In New York, the polite dance instructor Pierre Dulaine sees a black teenager vandalizing the car of the director of a public school and on the next day he volunteers to teach dance to students to give respect, dignity, self-confidence, trust and teamwork. The reluctant director Augustine James offers the troublemakers that are in detention expecting Pierre to give-up of his intentions. Pierre struggles against the prejudice and ignorance of the students, parents and other teachers, but wins his battle when the group accepts to compete in a ballroom dance contest.

Antonio Banderas and Laura Benanti, whom both star in this film together, were previously on Broadway together in the 2003 Revival of Nine the Musical. Banderas received a Tony Award nomination for his role in this production.

Errors made by characters (possibly deliberate errors by the filmmakers):
In the dance scene with Pierre and Morgan during the detention, they dance Argentine tango, which is not considered a ballroom dance. American and international tango, both ballroom dances, are completely different.

Pierre Dulaine:
I believe the appropiate response is "you're welcome"


I just returned from seeing this film at a preview/test screening.

This film was much better than I had expected. The story brings to mind
movies such as Mad Hot Ballroom or Dangerous Minds, but is different
enough that it is able to stand on its own.

Overall I thought the acting was well done. The dancing was great (both
the hip hop dancing and the ballroom). And while I am not a huge
Antonio Banderas fan, I thought he was excellent, and I really liked
him. He was able to be the star of the movie, but not the center of
attention at all times. He looked good and seemed to provide a
different element to what could have been the same old "help the inner
city kids find hope" story.

The script and dialogue had nothing too cheesy or corny, which is
usually found in "feel good" films, or movies about highschool
students. There are plenty of funny parts, as well as enough drama and
interesting character conflicts to keep everything interesting.

My only complaint was that the ending didn't seem to wrap up everything
– there were some back story lines and issues that weren't resolved.
But a few unanswered questions can sometimes be better than a cheesy,
unbelievable ending where suddenly all is right in the world. I'll be
curious to see if they make any changes before it is released in
theatres.

I give it an 8 out of 10, because I was genuinely entertained.

TagsCanada
Asterix and the Vikings
Ask the Dust