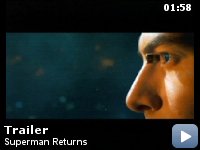 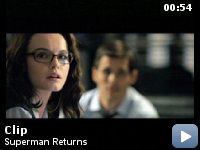 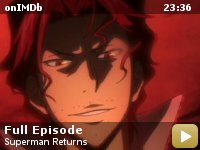 After a long visit to the lost remains of the planet Krypton, the Man of Steel returns to Earth to become the people's savior once again and reclaim the love of Lois Lane.

Storyline
After eliminating General Zod & the other Kryptonian arch-villains, Ursa & Non, Superman leaves Earth to try to find his former home world of Krypton after astronomers have supposedly found it. When he finds nothing but remnants, he returns home to Earth – to find out that Lois Lane is engaged to a relative of his boss, and that Lex Luthor is at it again – after swindling an elderly, terminally ill woman. The psychopathic Luthor, whose plans to destroy California failed because of Superman's heroics, vows vengeance against the Man of Steel and contrives a new sinister plot – using the crystals of Krypton to build a continent that will wipe out most of North America! Embedded in the continent's structure is Kryptonite – the lethal substance that is Superman's only weakness. Upon learning of Luthor's sinister scheme, Superman must again race against time to stop the psychopathic Luthor before millions – possibly billions – are killed.

During Brandon Routh's screen test, people would come up to him between takes and tell him how much fun filming in Australia would be and what a great opportunity playing Superman would be. Routh was confused as he was under the impression that he hadn't officially got the part yet, and he was starting to get a little nervous that people might be jinxing him. It turns out Bryan Singer pretty much made up his mind at that point on who he was going to cast.

Incorrectly regarded as goofs:
If Krypton was completely destroyed, how did Supes get one of the Kryptonian suits (like the elders') that he's wearing when he crashes in the field by his childhood home as well as what appears to be another star-shaped ship like the one he crashed to Earth in as an infant? He probably got it from the Fortress of Solitude, or he built one using tech from the Fortress.

Jor-El:
You will travel far my little Kal-El. But we will never leave you. Even in the face of our deaths. You will make my strength your own. You will see my life through your eyes as your life will be seen through mine. The son becomes the father, and the father, the – The son.

Bryan Singer has made it no secret that he was going to make this film
a sequel of sorts to the first two Superman films which starred
Christopher Reeve. Which I though was an interesting idea even though I
thought Superman 2 was lame. However, I thought the premise of Superman
returning after a long absence was a great idea, unfortunately Singer's
heavy reliance on the first two films really crippled this film.

I attended a screening of Superman Returns last night, and even though
I'm not the biggest Superman fan, I was REALLY looking forward to
seeing this film. I have to admit I had misgivings about the casting of
Kate Bosworth and Brandon Routh because there were too young. However
Brandon Routh was the BEST Superman yet and Kate Bosworth really did
very well as Lois Lane. Kevin Spacey was GREAT as Lex Luthor,
especially when he and Routh (briefly) shared the screen. However
Parker Posey was wasted in a dull cliché.

The opening credit sequence was amazing. Hearing the original Superman
theme gave me chills. The next 45 minutes of the film were awesome.
Lex's reintroduction demonstrates at his ruthlessness even on a smaller
scale. Clark Kent/Superman's return home was thoughtful and well done,
as was the reintroduction to the crew at the Daily Planet.

However, because Singer assumes that we all saw the first two films he
apparently does not feel the need to develop any of the characters
outside of Superman and Lois. Lex Luthor's character is just a
caricature of a mustache twirling villain, and even though Spacey does
this very well, it's hard to take him seriously as a threat. His "evil"
plan is nothing more than a rehash of Gene Hackman's Lex Luthor the
1978 film except using crystals instead of nukes. There is NO REAL
logic behind his motives at all if you think about it. More importantly
you just don't care if he succeeds or not. Lex Luthor's character is
only validated in the very brief face to face confrontation with
Superman at the end.

Let me say that Lex/Superman confrontation at the end is one of the
BEST scenes in the whole film and further proof of wasted potential.
Lex Luthor shows how truly evil he can be, and again Spacey does an
amazing job here. The on screen presence of Brandon Routh and Kevin
Spacey together was SO good. Routh could really hold his own next to
Spacey. Too bad Singer couldn't have found a way to elaborate on this
scene or do something more interesting with the characters than just
having Luther (figuratively) twirl his mustache and have Superman pine
over Lois Lane the whole film.

Overall, this film is bound in a weak story with plot holes big enough
to drive a truck through. The story relies too heavily on the
Superman/Lois Lane love story so much so that the rest of the film, and
the other characters, just feel like an after thought.