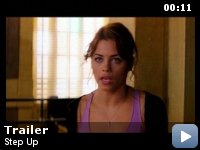 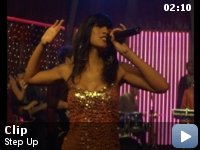 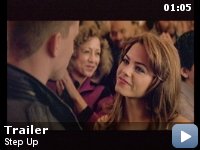 Tyler Gage receives the opportunity of a lifetime after vandalizing a performing arts school, gaining him the chance to earn a scholarship and dance with an up and coming dancer, Nora.

Storyline
In Baltimore, the troublemaker and street dancer Tyler Gage lives with his foster parents in an Afro-American lower class neighborhood. His best friends are Mac Carter and his little brother Skinny Carter and they used to hang around together, going to parties and stealing cars. After being expelled of a party, the trio breaks in the Maryland School of Arts and commits vandalism, destroying the stage. Tyler is arrested and sentenced to 200 hours of community service in the school and Director Gordon assigns him to help the janitor cleaning the place. One afternoon, the ballet dancer Nora Clark sees Tyler dancing in the parking area and when her partner Andrew has a strain and Tyler offers to help her in the choreography, she accepts the offer; they rehearsal and become close to each other while Tyler becomes friend of the students Miles Darby and Lucy Avila. When Andrew returns, Tyler that is known for quitting everything he starts gives up dancing and leaves Nora alone…

Taglines:
Every second chance begins with a first step.

The film outgrossed its $12 million budget in its opening weekend.

Continuity:
In the scene where Tyler goes to the Maryland School of the Arts to apologize to Nora before the ballet class, they are walking along the side of the school, but as they walk, they don't make any progress down the sidewalk. The scene was clearly filmed in segments that don't coordinate.

Nora:
So are you gunna ask me to dance?

Tyler Gage:
I didn't know you could dance without your tights!

step up was GOOD.


people keep talking about how awful "step up" was, or how it was such a
waste of money. but now here are my two cents. it was, in fact, a good
movie. the dancing was FABULOUS, and even though the acting could have
improved, this movie was nothing short of amazing. the music was catchy
and hot, and there was just enough romance in it to make it cute but
not gross or sleazy. it had literally EVERYTHING you could ask for in a
movie: romance, drama, comedy, and it was even slightly scary at some
parts, too. Channing Tatum and Jenna Dewan did a great job. their
dancing, along with everyone else's, was phenomenal. when i left the
movie, i was actually inspired to be a dancer (even though i never will
be.) the main reason people are turning down this movie is because of
the acting. sure, the acting could have been better, but this movie was
focusing on the DANCING. obviously you have to be a good actor to be in
a movie, but the dancing was the main focus of this film. and i
personally think the dancing was great. i couldn't ask for it to be
better. this movie is definitely worth seeing, whether you're into
hip-hop or not.

TagsUSA
The Butterfly Effect 2
The Science of Sleep