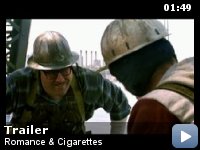 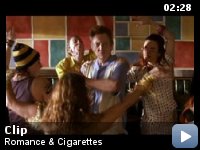 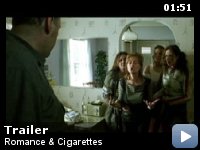 A down-and-dirty musical set in the world of working-class New York, tells a story of a husband's journey into infidelity and redemption when he must choose between his seductive mistress and his beleaguered wife.

Storyline
Down-and-dirty musical love story set in the world of the working class. Nick is an ironworker who builds and repairs bridges. He's married to Kitty, a dressmaker, a strong and gentle woman with whom he has three daughters. He is carrying on a torrid affair with a redheaded woman named Tula. Nick is basically a good, hardworking man driven forward by will and blinded by his urges. Like Oedipus at Colonus, he is sent into exile and searches to find his way back through the damage he has done. Explores the cost and value of a relationship through life and death. When the characters can no longer express themselves with language, they break into song, lip-synching the tunes lodged in their subconscious. It is their way to escape the harsh reality of their world – to dream, to remember, and to connect to another human being.

Although the film was shown at the Venice Film Festival and had an official release in the UK in 2006, the movie was not released in the US for years. This was mainly due to the fact that MGM was bought by a consortium headed by Sony in 2005, which led to a legal mess of whom, either MGM or Sony has the rights to the movie. In August 2007 director John Turturro decided to distribute the movie with his own money.

Audio/visual unsynchronized:
When Roe and the Greek Man are walking past Bo and Kitty in the Diner, the sound of the Greek man smacking Roe's bottom is sharply heard, yet we can clearly see his hand on Roe's waist the entire time.

Baby:
You're the best kisser in the whole wide world, Fryburg.

Fryburg:
I'm gonna make out with your whole family, baby.


I just saw this wonderful film at the Toronto Film Festival and what a
delightful experience it was. It's so refreshing to see a film-maker
who is willing to take the huge, bold risks that John Turturo has taken
in his direction. Also, what a treat it was to see James Gandofini,
Susan Sarandon, Christopher Walken and Kate Winslet singing and dancing
and making outrageous and exciting acting choices. A wonderful
selection of music, a charming and literate script and consistently
good performance….what else could you ask for in a movie. Watch for
Elaine Stritch in a brief role that is should be required viewing for
any acting student. Also loved the work of Aida Turturro. This film was
a joy to watch!