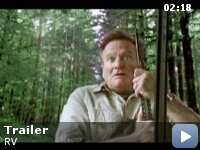 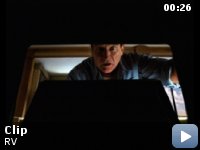 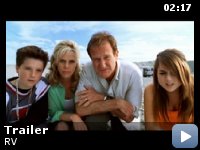 Bob Munro and his dysfunctional family rent an RV for a road trip to the Colorado Rockies, where they ultimately have to contend with a bizarre community of campers.

Storyline
The executive Bob Munro is stressed, feeling threatened of losing his job and his lifestyle, since his abusive boss Todd Mallory hired the Stanford's geek Laird to work in their soda's company. Bob has promised his wife Jamie Munro, his teenage daughter Cassie Munro and his young son Carl Munro to spend vacations in Hawaii, but Todd demands him to prepare a presentation and attend a business meeting with the owners of a family company in a merging operation scheduled in the same period. Bob hides the truth to his family, rents a recreational vehicle and tries to convince his dysfunctional family that a road trip to the Colorado Rocky Mountains would be good to bring old values back to their family. After many incidents and while in the trailers parking area, the rookie Bob is helped by the bizarre but friendly Gornicke family. They escape from the Gornickes and initiate a journey of difficulties and leaning, retrieving their forgotten family bonds.

The "Happy Max" horn on the Gornicke's RV plays a portion of the theme from
Star Trek.

Continuity:
Before riding his bicycle down the side of the hills, Bob yells to the others while at the gas station. They do not hear him, yet he can clearly hear Travis telling everyone to get back on the Gornicke bus.

Cassie Munro:
Maybe we can feed Carl to the raccoon.

Carl Munro:
Maybe we can feed him you, he might be on the south bitch diet.

Give Robin Williams a break…

I went to see this movie with extremely low expectations, thanks to all
the negative predictions which had been circulating for the past few
weeks, and I have only one thing to say; DO NOT avoid this movie only
because your favourite critic has said that it is an unprecedented
flop, or because you think the title is unappealing – watch the movie
for yourself first, and be the judge yourself without being influenced
by any other guy who probably hasn't even seen the film. Only then you
will realise the true significance of this movie.

First off, it's a great movie to watch with the whole family, which is
saying something since most of the comedy movie nowadays are filled
with raunchy jokes from start to finish (not that I don't enjoy those
movies, but it's cool to watch a nice simple family movie every now and
then – "The Pink Panther" is a good example of the latter). Contrary to
rumours, Robin Williams does NOT let us down, in fact I think he is
just as funny as he was in his previous flicks – and if some
obsessively observant viewers do notice a change in his performance,
then give the guy a break, he's getting older he isn't what he used to
be 10 years ago!

I think it's a pretty good movie– mind, it isn't a piece of genius but
as I said, if you wipe out all biased thoughts from your mind before
watching this flick and without the skeptical attitude, there's a good
chance you will enjoy this movie as much as I did, just give it a try.