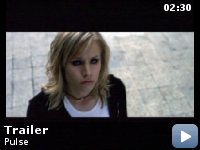 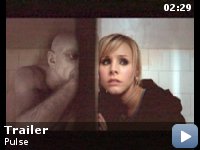 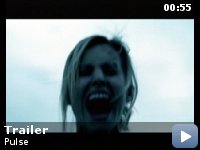 When their computer hacker friend accidentally channels a mysterious wireless signal, a group of co-eds rally to stop a terrifying evil from taking over the world.

Storyline
The hacker Josh invades the computer of Douglas Ziegler, who is developing a powerful wireless signal, and accidentally releases a mysterious force that takes the will to live of human beings, generating a suicide epidemic and increasing the force. His girlfriend and student of psychology, Mattie, sees each one of their common friends die and the destruction of the modern world, and together with her new acquaintance Dexter, they try to plan a virus developed by Josh in the network to shutdown the system and save mankind.

Taglines:
You are now infected.

The trailer features footage from the original Japanese film, called Kairo. One shot in particular features a plane crashing. The shot was re-done for the final film

Mattie Webber:
We can never go back. The cities are theirs. Our lives are different now. The things that were supposed to connect us to each other, instead connected us to forces we could never have imagined. The world we know is gone, but the will to live never dies. Not for us… and not for them.

Not so horrible for a Saturday afternoon


We went to see PULSE yesterday afternoon (got to the theater too late
for DESCENT). I have not seen the original KAIRO for comparison. So,
it's not the worst movie I've ever seen, and not the best. Yes, it was
slow to start and get to the point. But IMO it had a creepy, dark
atmosphere (god, if I lived there I'd want to commit suicide in any
case), the visuals weren't bad, and it had a few good scares.
Unfortunately, it also depended on VOLUME to enhance the scare. If
you're more of a gore fan, then it's probably not the movie for you.
The movie may not be worth the price of a ticket, but I think it's
worth a rental. Eh, I'm just your average moviegoer and don't watch
movies to analyze them to death. I even liked The Grudge. That's my
opinion and I'm sticking to it.

TagsRomania
The Butterfly Effect 2
The Science of Sleep