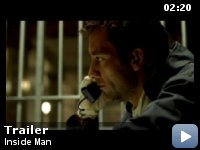 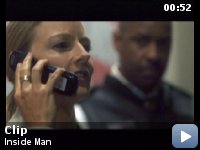 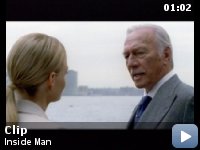 A cop has to talk down a bank robber after the criminal's perfect heist spirals into a hostage situation.

Storyline
From a cell, a man tells us he has planned the perfect bank robbery; he invites us to watch. An efficient gang enters a Manhattan bank, locks the doors, and takes hostages. They work deliberately, without haste. Detective Frazier is assigned to negotiate, but half his mind is occupied with the corruption charges he is facing. The bank's president has something to protect in a safe deposit box, so he brings in Madaline, a high-power broker with a hidden agenda. With an army of police surrounding the bank, the thief, the cop, and the plutocrat's fixer enter high-stakes negotiations. Why are the robbers asking for a plane, if they are so competent and they know they won't get one? Why aren't they in more of a hurry? If the job's perfect, why is the thieves' leader in a cell?

Taglines:
It looked like the perfect bank robbery. But you can't judge a crime by its cover.

Continuity:
When Madeline and Arthur are finished discussing his sordid pass, she reaches deliberately for her purse/bag, then accepts Arthur's check and turns to walk out of the barber's room. As she leaves the room she has no bag – she uses both hands to button her jacket as she walks, and she has no bag on her shoulder.

Dalton Russell:
My name is Dalton Russell. Pay strict attention to what I say because I choose my words carefully and I never repeat myself. I've told you my name: that's the Who. The Where could most readily be described as a prison cell. But there's a vast difference between being stuck in a tiny cell and being in prison…


Note: I stay away from describing the plot in any detail because it
would be very hard to do so without spoiling elements of it. "Inside
Man" starts out as a no holds barred, high octane action-thriller, and
by its midpoint fully transforms into a breezy, tongue-in-cheek heist
movie, reminiscent of The Sting. I felt it to be a little over-plotted,
but that comes with the genre – the expected twists and turns are all
here, thankfully mostly in non-expected ways. Contrivances abound, and
we don't really learn the background of the heist (ie. how the robbers
learned about their target) but the story and the overall atmosphere
more than make up for this. The meticulously designed plot also
compensates for the lack of real 3D characterization – save for Denzel
Washington's ambitious policeman hero, who at least achieves a level of
humanity throughout the story. The character interaction between him
and his sidekick (Chiwetel Ejiofor of "Serenity" fame) and the
frustrated captain played by Willem Defoe is great with some sparkling
dialog. Clive Owen is okay, most of the time convincing as the criminal
mastermind, although he spends most of the film wearing a mask. I'd say
this film is harmless fun, not your usual Spike Lee fare, which goes to
prove his versatility. There is a hint in the back-story at some heavy
issues of the past, but it's nothing more than a macguffin that only
achieves some slight significance in the resolution of the movie. There
is a neat structural trickery in the use of flash-forward scenes,
hinting toward the aftermath of the heist without giving away the real
ending. It's used sparingly and cleverly. I can highly recommend this
movie, it is never boring for a moment, what's more, I was enjoying it
so much that as events were progressing toward the climax, I was
wishing it would go on. And that's very rare for me in the movies
nowadays.

TagsUSA
The Lives of Others
Tideland