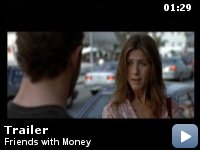 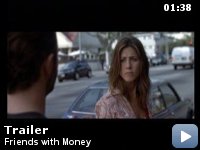 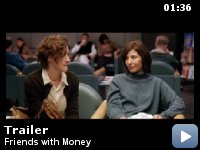 After she quits her lucrative job, Olivia finds herself unsure about her future and her relationships with her successful and wealthy friends.

Storyline
Four women friends: three are wealthy and married plus there's Olivia, a former teacher who's now a maid. The marriages are in various states of health: Franny and Matt are happy and very rich. Christine and David write screenplays together, are remodeling their house, and argue. Jane is angry all the time and Aaron, who's an attentive husband, strikes everyone as gay. Franny sets up Olivia with a friend of hers, Mike, a personal trainer, and Olivia takes him with her to a couple of housecleaning jobs. A benefit dinner for ALS, an awkward guy named Marty whose place Olivia cleans, and a French maid's outfit figure in the story. Is there more to life than its problems?

Filming took place in Los Angeles during one of the rainiest winters ever in that city.

Crew or equipment visible:
When Jane and Olivia start walking away from the orange stand at the farmer's market, a steadicam operator appears to fall into shot. It is a man with a large belt, plus what looks like camera equipment, visible on the right hand side of the scene.

Richard:
So the corrugated metal not only reflects the beauty of the common, off-the-shelf material but also emphasizes the invisible line between the old and the new construction.

Christine:
Wait. There'll be a line?


"Friends with Money" is Americana the sit-com way: it is about older,
(much) more monied, West Coast clones of TV's loathsome "Friends."
Although it appears a slow-mo imitation of Woody Allen at his talkiest,
the film does well. The reason: a quartet of actresses having a ball.

Nicole Holofcener's script and direction are merely OK: a medium-funny,
not very insightful soap about three couples and a single woman
(Jennifer Anniston), who is younger than her six friends, jobless,
aimless, sloppy and rather annoying. Of the three husbands, only Simon
McBurney is outstanding, but he really is, the English actor turning in
a wonderful performance as a super-nice metrosexual.

Anniston does her best, which here works better than in any of her
other roles. But "Friends with Money" is worth seeing because of – in
order – Frances McDormand's huge star turn, with her unsuppressed rage
turning into petty, ordinary rudeness; Catherine Keener, sleepwalking
through affluence; and Joan Cusack, as a nice mega-rich woman without
guilt or troubling thoughts.

The pace is glacial and steady; after a while, the film settles into a
pleasant, moderately quirky flow, until a sudden and inconclusive end.
Through it all, performances are to be enjoyed, and in McDormand's
case, treasured. Never again will you be able go without washing your
hair and not think of Frances McDormand.

TagsALS USA
Asterix and the Vikings
Ask the Dust