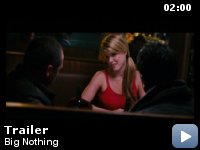 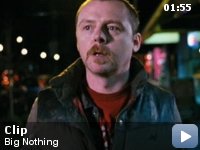 A frustrated, unemployed teacher joining forces with a scammer and his girlfriend in a blackmailing scheme.

Storyline
Charlie is an ex-teacher turned reluctant call center employee who gets fired on the first day. Distraught on being unable to provide for his daughter Emily and cop wife, Penelope, he is suddenly contacted by Gus, an aspiring scam artist who presents Charlie with a seemingly snag-free plan to make some cash: Blackmail Reverend Smalls a man of the cloth, who's frequently turned up in the company database of visitors to illegal porn-sites. Gus plans on extorting Reverend Smalls, with the intention of publicly exposing his secret shame, should he refuse, with this scandal potentially destroying the man's career. Normally cautious Charlie, is keen on participating in this scam, confident that with this money maker he'll garner from the deal and will finally help turn things around for him and his family. Joined by one-time teenage pageant queen Josie McBroom Gus's ex, the plan goes ahead…

Taglines:
A comedy that gets away with murder.

Frenchman Jean-Baptiste Andrea wrote the original screenplay and then Billy Asher came on board to render it into more English-speaking terminology.

Revealing mistakes:
After the accident with the fat guy, it starts to rain but neither Gus or the fat guy has rain on their clothing or hair.

Josie McBroom:
Freakin' fantastic! Don't you see? None of us has to run away or turn ourselves in.

Charlie:
What do you propose? We roam the country living on the land, like Bonnie and Clyde… and Clyde?


This movie really caught me by surprise. I hadn't heard about it until
about two days before the release and decided to give it a chance. I
didn't regret it! Big Nothing is the story of two nice losers who
decide to blackmail a porn-addicted priest. A fool-proof plan. Needless
to say, everything goes wrong. Big Nothing made me laugh my head off
and managed to shock me quite a few times, which is what made it so
unique. Superficially, it might look like another crime caper but the
sheer number of twists and turns and the fun factor of the whole thing
really sets it apart from the rest of the pack. And just when you think
you get the gist of it, the tone itself changes, and you're leaving the
caper behind to plunge into a downright Gothic, although still
hilarious, movie. It's a very intense ride which made me feel almost
battered after the screening. My friends reacted in pretty much the
same way. We laughed so hard we cried, and we jumped our of our seats
quite a few times. I suspect some people will be disturbed by the tone
change, but that's what makes the movie so unique in my opinion. It
seems to get great reviews overall, although I read a couple of nasty
ones in the press. Those guys are probably too old for that kind of
ride, and I actually wouldn't recommend it to anyone wearing a
pacemaker. Nothing's perfect in this world, although I have a hard time
finding what I didn't like. Kick-ass soundtrack and photography
complemented the storyline perfectly. A fantastically punk movie.
Disco-lovers should give it a miss! This was my very first review. More
to come!