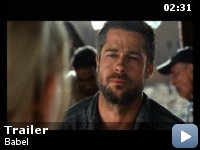 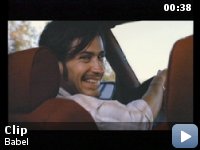 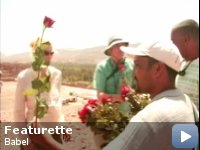 Tragedy strikes a married couple on vacation in the Moroccan desert, touching off an interlocking story involving four different families.

Storyline
4 interlocking stories all connected by a single gun all converge at the end and reveal a complex and tragic story of the lives of humanity around the world and how we truly aren't all that different. In Morocco, a troubled married couple are on vacation trying to work out their differences. Meanwhile, a Moroccan herder buys a rifle for his sons so they can keep the jackals away from his herd. A girl in Japan dealing with rejection, the death of her mother, the emotional distance of her father, her own self-consciousness, and a disability among many other issues, deals with modern life in the enormous metropolis of Tokyo, Japan. Then, on the opposite side of the world the married couple's Mexican nanny takes the couple's 2 children with her to her son's wedding in Mexico, only to come into trouble on the return trip. Combined, it provides a powerful story and an equally…

Taglines:
If You Want to be Understood…Listen

17 days before shooting was to commence in Morocco, none of the characters had been cast. The production crew made an announcement in the nearest town via television and radio and in the mosques that actors were needed. Within the next 24 hours, over 200 people showed up hoping to participate. Almost all of them are in the final cut of the film, both as principal characters and as extras.

Crew or equipment visible:
Camera shadow on Brad Pitt and the blue car as it passes him behind the stopped bus.

Hassan:
It's almost new. Three hundred cartridges. The guy who gave it to me said you can hit as far as three kilometers.

Alas, it appears that, based on other user comments here at IMDb, I am
in the minority on this film. I found it to be tedious and exhausting,
and the effort I put into sticking with it far outweighed any sense of
closure I received from it.

Alejandro Gonzalez Inarritu appeared at the screening I saw and
introduced his film as the final entry in a trilogy that includes
"Amores Perros" and "21 Grams." Inarritu, in a comment that surprised
me, said that his intent with this trilogy was not to focus on politics
or social commentary, but rather to look at the modern family and what
it means to be a father, son, mother, daughter, etc. This may have been
his intention, but I don't feel that over the course of three entire
films Inarritu did say much about these issues. Instead, he has painted
a portrait of the world as he apparently sees it as a pretty bleak,
uncaring and unforgiving place to live. I thought "Amore Perros" was so
pessimistic as to border on nihilism; "21 Grams" came closer to finding
a sense of peace and redemption among the general human crappiness.
"Babel" sticks closer to the sentiments of the first film than the
latter.

"Babel" is of course about communication, or more exactly
miscommunication, in the modern world. It's a theme that has engaged
the interest of many a filmmaker lately — the idea that technology has
made instant communication so much easier, yet people seem to be more
than ever incapable of understanding one another. It's a conceit that
greatly interests me, but Inarritu doesn't exploit its potential here.
"Babel" consists of a monotonous series of scenes in which people
shout, storm, fight and talk over one another, always in a hurry to be
understood without taking the time to understand. Very well, point
taken. But Inarritu makes this point within the film's first half hour
— you only need see one or two scenes of this kind of frustrating
verbal gridlock to understand what he's trying to say; after that, the
frustration just mounts without any kind of pay off. People are mean to
one another, some are unbelievably callous (I didn't buy for a second
that the group of tourists who accompany Brad Pitt and Cate Blanchett's
characters to a remote Moroccan village after Blanchett is accidentally
shot would be so uncaring as Inarritu depicts them). In Inarritu's
world, all authority figures are to be justifiably feared, as they go
around beating everybody up and pulling guns on innocent people.
There's no nuance here; Inarritu pounds his message into you. For
example, he obviously feels strongly about the mistreatment of illegal
immigrants, especially those from Mexico, but instead of engaging in an
intelligent debate about the topic, he sets up such an implausible, not
to mention one-sided, scenario in this film that you can't help but
agree with him.

The biggest disappointment in "Babel" is his failure to fully utilize a
couple of wonderful actors he has assembled. Cate Blanchett is utterly
wasted as the caustic American wife whose shooting sets off the chain
of events. And Gael Garcia Bernal likewise gets nothing to do as a
hot-headed Mexican whose attempts to run from border patrol creates a
sad ending for one of the major characters. Brad Pitt does better than
expected with the frenzied, frustrated husband of Blanchett. But these
people have no history. We know virtually nothing about anybody in the
film, yet are expected to care deeply about what happens to them. Maybe
that's part of Inarritu's point — that we're all connected to one
another even if we don't know it, and that the world has become so
small that there are no longer such things as strangers in it. But this
is a film narrative, not real life, and you can't build a compelling
one out of anonymous characters.

After "21 Grams" I thought I was warming up to Inarritu, but this film
has sent me back to the detractors' camp. He certainly knows how to put
a movie together, and he finds engaging ways to tell his stories. But
his attitudes and approach to the modern world are so depressing and
fatalistic that his films push me away rather than draw me in.