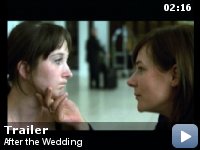 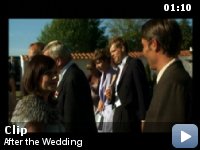 A manager of an orphanage in India is sent to Copenhagen, Denmark, where he discovers a life-altering family secret.

Storyline
Jacob Pederson lives in shanty surroundings in Bombay, India, and assists in the running of Anand Orphanage and School. He had attempted a number of projects to assist orphans, including child prostitutes – all quite in vain. He has adopted a young male orphan, Pramod, and takes special care of him. With growing pressure on the facilities, which is on the verge bankruptcy, the orphanage receives an offer of funding from wealthy Danish citizen, Jorgen, which may put an end to it's problems. In order to obtain the monies, Jacob must travel to Copenhagen, meet with Jorgen, get financial assistance, and be back to celebrate Pramod's 8th birthday. He sets forth, is received by Christina Refner, an employee and future son-in-law of Jorgen. Jacob is shown all possible courtesy and even housed in a posh apartment. He subsequently meets with Jorgen, shows him video-tapes and submits that…

At a showing at a film festival in Estonia, two of the reels had been switched by a mistake, making a part of the film out of place. Apparantly the majority of the audience didn't notice and was generally very enthusiastic about the movie despite the narrative being mixed up.

Continuity:
When the couple gets married, the rings are placed on the fingers, but no visible in scenes post marriage. The customs in Denmark may be different, but throughout the film, wedding bands, rings, etc. migrate from hand to hand (wedding band on the right hand for women, left for men), and also disappear.

Jørgen Lennart Hannson:
You're an angry man. That's good. It gives you lots of drive.


As may be expected of Susanne Bier, and as may be expected of
Scandinavian films in general if you ask me, this film is really great.
The acting is so good it's hard to call it acting. Mads Mikkelsen
(Jacob) puts up a terrific performance with acting that is as credible
as it is subtle. Not the over-the-top stuff that we are familiar with
from Hollywood, but acting that actually makes you think "yes, this is
how real flesh and blood people would react". I was also pleasantly
surprised by Sidse Babett Knudsen (Helene). She has a lot of scenes
with little or no dialog, but the way she tells everything with subtle
face expression is simply mind blowing. And let's not forget Rolf
Lassgård (Jörgen) and Stine Fisher Christensen (Anne), who both remind
us what real flesh and blood emotions look like in a way that really
hits you in the face.


Anyway, I'm a fan of Scandinavian films for reasons mentioned above,
and I'm almost ashamed to say that in that light this film was really
nothing new, and luckily so: just more of the same wonderful stuff!
What really stuck with me about this film however is the story. It is
so …human in all aspects. I won't reveal any spoilers, but as the
story unfolds, it just gets so much more complex than you expect at
first. In the first 15 minutes, I expected the movie was mainly going
to be about the struggle between Jörgen and Jacob. The struggle between
these two "stereotypes" really… one being the cool business man who
solves everything with money, and the other being the idealistic but
clumsy social worker. I was pleasantly surprised however that it got
even better after that. What I mainly like about the movie, is that it
doesn't offer any simple solutions. In the end, there are no perfect
happy endings that solve every puzzle; the main characters have to make
decisions, but it's not all black and white like we see in a lot of
other movies. People have to do things they might not have done
initially, but in the end, there may be upsides as well. You know…
that sounds an awful lot like real life, and that's a good thing for a
film if you ask me.

TagsDenmark India
Imagine Me & You
The Squid and the Whale