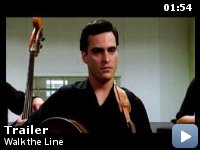 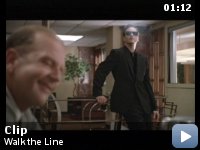 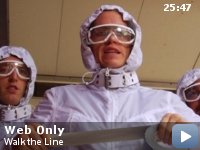 A chronicle of country music legend Johnny Cash's life, from his early days on an Arkansas cotton farm to his rise to fame with Sun Records in Memphis, where he recorded alongside Elvis Presley, Jerry Lee Lewis and Carl Perkins.

Storyline
While growing up in the Great Depression era, Johnny Cash takes an interest in music and eventually moves out of his Arkansas town to join the air force in Germany. While there, he buys his first guitar and writes his own music, and proposes to Vivian. When they got married, they settled in Tennessee and with a daughter, he supported the family by being a salesman. He discovers a man who can pursue his dreams and ends up getting a record with the boys. Shortly after that, he was on a short tour, promoting his songs, and meets the already famous and beautiful June Carter. Then as they get on the long-term tours with June, the boys, and Jerry Lee Lewis, they have this unspoken relationship that grows. But when June leaves the tour because of his behavior, he was a drug addict. His marriage was also falling apart, and when he sees June years later at an awards show, he forces June to tour with them again…

Taglines:
Love is a burning thing.

When The Tennessee Three play "Rock and Roll Ruby", a sign on the wall behind the audience says "CLASS OF 1955". This may be a reference to the group set up by Johnny Cash, Carl Perkins, Jerry Lee Lewis and Roy Orbison, called "Class of '55".

Factual errors:
The real Johnny Cash had a scar on the side of his chin. In the film, Johnny has no chin scar.

worthy of its subject matter, truthful


Whenever I see so much "Oscar worthy" tags/blurbs in an ad campaign I
get nervous, see Cinderella Man. Usually you look closely at the fine
print and see that the esteemed critic lauding the film is Joe Schmoe
from the One Stop Light Bugle Press in Buttcreek, Illinois or a low
level flunky who just happens to work for the media conglomerate that
is distributing the film. So my heart sank a little when a film I have
been eagerly awaiting was swaddled with such praise when the ads hit
the air.


But they're right for once.

Joaquin Phoenix wears Johnny Cash like a suit. He isn't doing a Rich
Little impersonation, you don't rub your eyes in disbelief, but he
channels a man so distinct in appearance and voice to a level that is
beyond admirable. One of the traits that made Johnny Cash a legend was
that nobody sounded or looked like him. Short of a computer generated
Cash walking around in his own bio-pic like one of those John Wayne
beer commercials this is the definitive representation.

And yet Phoenix may not give the best performance in the film.

Reese Witherspoon more than holds up her end in a role that easily
could have been reduced to a clichéd bumpkin. Witherspoon portrays the
on-stage June in the way June portrayed her own "character", the stage
persona that people adored, while giving her the resolve and inner
strength to be the woman who tamed a hell-bent, grizzly bear of a man
like John.

The chemistry of Phoenix and Witherspoon together in any scene, but
their on-stage duets in particular, are truthful in a way that
resonates long after the credits. I know that unless you have been
living in a cave for the past week you have likely been bombarded with
the word that the actors sing themselves without use of lip syncing. I
have never been a fan of musicals, or even musical performances in a
film. They generally seem forced and uncomfortable to me, the moment
when I stop experiencing the story and feel reminded that I am watching
a movie. I never felt that in this film. I never felt that their
singing took the focus of the film, but the performances work with the
story like no other music bio I have ever seen. I never felt as if I
was being led through the catalog, the songs felt as organic and
natural as any spoken dialog in a great narrative.

This film far exceeded my expectations and afforded me the first trip
home from a theater with a true feeling of satisfaction in a very, very
long time. Highly recommended.