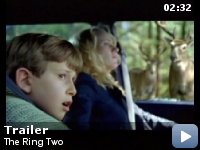 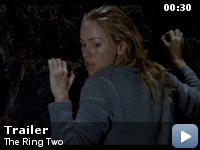 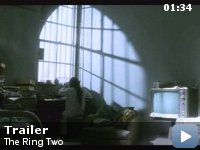 Six months after the incidents involving the lethal videotape, new clues prove that there is a new evil lurking in the darkness.

Storyline
Six months after encountering Samara and her killer video tape, Rachel Keller and her son Aiden leave the city to live in a small rural town where they think they'll be safe. Soon after they arrive, however, Rachel hears about a college student who died nearby in circumstances similar to Samara's past victims. Now it appears that Aiden's life is in danger from Samara once more, and Rachel must investigate the little girl's past if she wants to save her son.

According to the production notes, there were bizarre incidents on set of life reflecting art. On the seventh day, the production office was discovered to have flooded overnight, the result of a burst water pipe. Water is a strong theme in the film. In response, director 'Hideo Nakata' requested a Japanese purification ceremony be carried out by a Shinto minister, but the strange incidents continued. While on location, a swarm of thousands of bees descended on the prop truck, prompting the immediate evacuation of the department, before the bees left as quick as they arrived. For no apparent reason, a five-gallon water jug burst open in the production office kitchen, one again flooding the same room that had flooded only weeks earlier. One morning on the Universal lot, a set costumer stepped out of the parking garage to discover an antlered buck charging across the asphalt in her direction. Though deer are a regular occurrence in the hills, the similarity to the deer attack in the film is uncanny.

Emily:
Ever seen a shooting star?

Emily:
You know what you're supposed to do, right?

Jake:
What do you mean, make a wish?

Emily:
If you saw one right now, what would you wish for?

Lacks nearly everything that made the first film good.

In The Ring Two, Rachel Keller (Naomi Watts, in a decent performance)
and her son, Aidan (David Dorfman, much better in the first film), pack
up and move to Oregon. Rachel gets a job at the local newspaper, and
everything is fine and dandy. But when she learns of an apparent
homicide, she immediately suspects involvement with Samara and the
haunted videotape. She destroys yet another copy of the tape, but that
only makes Samara angrier. Now, Rachel has to find a way to put Samara
to rest once and for all, before it's too late.


This had potential to be a solid sequel, but it isn't. It lacks nearly
everything that made the first film good, namely scares. And that's the
biggest problem. The Ring Two is just flat-out not scary. The Ring's
strong point was it's atmosphere. Creepy, eerie, unsettling, and above
all, scary. The Ring Two doesn't have atmosphere. It doesn't really
have any sort of suspense whatsoever. It relies far too much on jolt
scares. Every once in a while Samara jumps out to say boo, and that's
really all there is to the scares. An utter disappointment. In fact,
attempts at scares that did not involve Samara were the ones that got
laughed at, namely a scene where a herd of deer demolish Rachel's car.
The entire theater was laughing from the beginning to end of that
scene.

Elizabeth Perkins and Gary Cole make appearances as a doctor and a
Realtor (the latter providing brief, though appreciated comic relief),
and Sissy Spacek makes a brief appearance as Samara's birth mother.
It's sad to see such a great actress in such a limited role. Simon
Baker plays a co-worker of Rachel's. He is the largest supporting role,
though we don't learn any more about him from when we first see him to
when the film is over. In all, The Ring Two has a well assembled cast
that doesn't disappoint.

The only real problem with the first film was that it left you with
more questions than answers, and The Ring Two only answers a couple,
creating more questions along the way. What is Samara? Why was she born
the way she is? Is she a demon? What is she?! Don't bother asking,
because it's never answered. Though you can't help but wonder if it's
better that way. What if we found out that she's really the devil?
Would that just create more questions? It probably would. Maybe some
questions are best left unanswered.

The score manages to be occasionally chilling. Plenty of violins and
pianos add something to the otherwise bland environment.

If you look at it as more of a supernatural thriller than a horror
film, The Ring Two is not a bad way to spend 111 minutes. It's an
interesting enough ghost story that is well acted, well directed
(though I expected better from the director of the original Ringu), and
has a good score. Despite it's numerous flaws, it manages to be OK,
which is better than nothing. But the lack of sheer horror and
uneasiness takes away a lot from the experience. The Ring Two is
definitely a disappointment, but it's not all that bad.