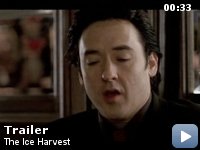 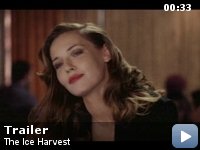 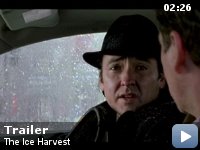 A shady lawyer attempts a Christmas Eve crime, hoping to swindle the local mob out of some money. But his partner, a strip club owner, might have different plans for the cash.

Storyline
Larceny, lust and lethal behavior. In icebound Wichita, Kansas, it's Christmas Eve, and this year Charlie Arglist just might have something to celebrate. Charlie, an attorney for the sleazy businesses of Wichita, and his unsavory associate, the steely Vic Cavanaugh have just successfully embezzled $2 million from Kansas City boss Bill Guerrard. But the real prize for Charlie is the stunning Renata, who runs the Sweet Cage strip club. Charlie hopes to slip out of town with Renata. But as daylight fades and an ice storm whirls, everyone from Charlie's drinking buddy Pete Van Heuten to the local police begin to wonder just what exactly is in Charlie's Christmas stocking – and the 12 hours of Christmas Eve are filled with surprises.

Taglines:
'Twas the night before Christmas…

Harold Ramis offered a role to Bill Murray but Murray did not return his calls.

Errors in geography:
When Charlie is in the convenience store buying the toys for his children, a cooler can be seen with wine in it. Kansas only sells wine in liquor stores.

Charlie Arglist:
Listen. You were right. Vic and I have been skimming.

Charlie Arglist:
I think Roy Gelles must have found out, and I think he might have killed Vic.

Charlie Arglist:
So I was thinking it might be best if I left town, and I was wondering if you wanted to come with me.

Renata:
You have the money?

Make no mistake, this isn't a comedy…


I had heard this movie described as a black comedy by some. And when
one thinks of Harold Ramis, they think of his ingenious work as a
director of comedies. But this is a different Harold Ramis. What he has
fashioned is "film noir" all the way.


John Cusack works perfectly with the material, not so much in a
Humphrey Bogart kind of way as in a Fred MacMurray sort of way. He's
the average guy protagonist. He just happens to be a Witchita attorney
for a Kansas City political boss.

The character of Pete offers some great comic relief to the story. He's
Charlie's best friend, drunk on Christmas Eve. He's also married to
Charlie's ex-wife, and hating it. This leads to an awkward encounter
with Charlie's kids and former in-laws.

Thornton is still finding new ways of being corrupt and amoral. Connie
Nielsen is a classic femme fatal in the 1940s style. Mike Starr is good
as usual, playing a menacing mob enforcer. Randy Quaid does his usual
best as Kansas City mobster Bill Guerarrd. And bit player Ned Bellamy,
cast as a strip club bouncer with Mom issues adds some fine scenes.

This is about the most straight-forward "noir" I've seen since Lawrence
Kasdan's "Body Heat," but as directed by Ramis, it feels slightly like
a Coen brothers movie, with the occasional comic twists to the genre,
and the casting choices of Thornton ("The Man Who Wasn't There") and
Starr ("Miller's Crossing").

It's not the best movie of the year. But it's good for people who
aren't so anxious for a "white" Christmas.