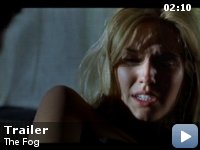 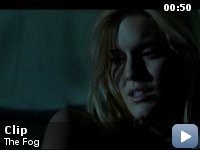 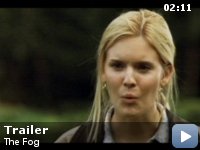 The inhabitants of Antonio Island, off the coast of Oregon, are about to unveil a statue honoring the four men (Castle…

Storyline
The inhabitants of Antonio Island, off the coast of Oregon, are about to unveil a statue honoring the four men (Castle, Wayne, Williams and Malone) who founded their town in 1871. Nick Castle is one of the descendants of the men, and owns a fishing charter company, using his vessel, the Seagrass, for tourism. When his girlfriend Elizabeth Williams returns to the island after spending six months in New York, a bizarre series of events begin to occur, including several gruesome deaths and the presence of a mysterious fog. When Elizabeth slips in Nick's boathouse and falls into the sea, she finds an old journal from 1871, written by Patrick Malone, one of the town's founders. It tells how a man named Blake bought half the island for use as a leper colony. While bringing his people to Antonio Island in their clipper ship, the Elizabeth Dane, Blake is betrayed by Castle, Wayne, Williams and Malone…

Taglines:
From The Makers Of "Halloween"

Selma Blair did almost all of her own stunts. For her underwater scenes, she spent 12 hours in a water tank, with only short surface breaks, for two days straight.

Continuity:
When Andy runs from the fog, the sky is light blue. When he runs inside the house and the fog climbs up the door, the sky is black. A shot or two later, the sky is dark blue.

Father Malone:
Get off the Island!

This movie is really good if you're a complete moron


Allow me to save you $8 by offering something you can do at home that
is just as entertaining as watching this movie. Go get a load of whites
and throw it in your dryer. Now, add in one red sock. (Make sure
everything's dry so you don't end up with a bunch of pink laundry.)
Now, hopefully you have the kind of dryer that has the clear window in
front. If you do, start the load and watch the laundry spin around.
Every time you see the red sock pretend to be scared.


That's it. That's the equivalent to seeing this movie. As entertaining
as watching your laundry dry and every bit as scary as a red sock.

Others have already punched all the holes in the plot (or complete lack
thereof) that are necessary. I won't beat that dead horse. As
mentioned, the acting was completely mailed in. The CGI was hokey,
stilted and throw in in a lot of scenes unnecessarily. This wasn't just
a really bad movie, this was a really bad horror movie. Most horror
movies these days suck to one degree or another, but this moving
distinguishes itself as being among the worst of the worst. Seriously,
save yourself the time and energy and steer clear of The Fog. I haven't
seen a horror movie this bad since I saw the remake of The Haunting.