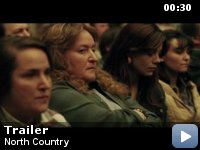 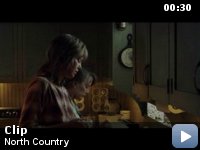 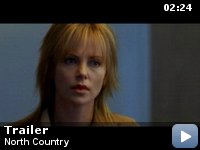 A fictionalized account of the first major successful sexual harassment case in the United States — Jenson vs. Eveleth Mines, where a woman who endured a range of abuse while working as a miner filed and won the landmark 1984 lawsuit.

Storyline
A semi-fictionalized account of a long legal battle of group of women miners who endured a hostile work environment and numerous and continuous insults and unwanted touching when they became the first women to go work at the Eveleth Mines in Minnesota.

Taglines:
All She Wanted Was To Make A Living. Instead She Made History.

There were multiple trials (not just the one depicted in the movie). In the first trial Jenson and two other women petitioned to have the lawsuit designated a class action, on behalf of all women working in the mines. The judge certified a class action including only the hourly women workers at the mine, not the officer workers who were on salary, and were also sexually harassed. The second trial established that sexual harassment actually did occur and that the firm was liable for it. The third trial was about the amount of monetary damages each woman suffered and the was a disaster because the findings were ridiculously low and the women were abused by defense attorneys representing the firm. The fourth trial was in the 8th Circuit Court of Appeals which reversed on the award of damages. Finally, just prior to the start of the 5th trial to determine damages anew, the company settled, paying average damages of about $233,000 to each of the women plaintiffs.

Bill White:
What are you supposed to do when the ones with all the power are hurting those with none? Well for starters, you stand up. Stand up and tell the truth. You stand up for your friends. You stand up even when you're all alone. You stand up.

An important issue dumbed and numbed


I hate to give North Country a relatively low vote because this is such
an important issue, and I appreciate the good intentions of director
Niki Caro, and the A-list actors who no doubt took a big pay cut when
agreeing to take a role.


On the other hand, I feel disappointed, a little angry, as well as
insulted as a woman that this hugely important story was made into a
melodrama that flattens out what really happened, and somehow manages
to diminish the political nature of sexual harassment, even while
seeming to highlight it.

At least 90 percent of the problem had to do with Michael Seitzman's
script.

In the interview with Seitzman on the DVD, he makes clear that he
didn't think the sexual harassment story was the real story. The real
story, he said, was the traumatic experience Josie had in high school,
and her relationship with her son.

Therefore he should have written a script for Lifetime focusing on what
he felt was the "real story". He should not have used one of the most
important cases for sexual harassment in legal history as the vehicle
for telling this other story.

The producers should have demanded a script that more closely resembled
Susannah Grant's Erin Brockovich. The sequence of victimization after
victimization depicted in North Country didn't let us get to know
Josie's character in any depth. We saw her slammed against the wall
again and again, from beginning to end. We see that she stands up
against the oppression, but we aren't taken into her sensibility, her
choices, her process, her blind spots, character change, etc, etc, like
in EB. Likewise, the lack of complexity in the male "macho" characters
also flattens the story, and takes away from the real difficulties in
challenging sexism and sexual harassment. In real life, character
complexity of those who oppress or who defend oppressors is part of
what makes the problem of sexual harassment difficult to fight.

I read an interview with Niki Caro, and though I think she's a very
talented director, I got the sense that she didn't really get the
politics or history behind sexual harassment. It seems things aren't as
bad in New Zealand as they are here in the U.S. This is a foreign
culture to her, and Northern Minnesota is certainly a foreign culture.
I wish she would have spent more time fully understanding the issues
and cultural dynamics (including the accent and mannerisms of the area,
etc, which were sprinkled into the movie, but not rigorously
replicated) before undertaking the project. If she had gone the extra
mile to immerse herself in the issue and the region, perhaps she would
have demanded a total rewrite of the script.