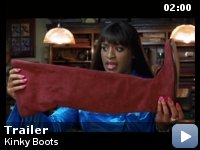 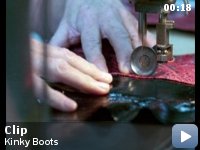 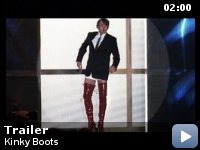 A drag queen comes to the rescue of a man who, after inheriting his father's shoe factory, needs to diversify his product if he wants to keep the business afloat.

Storyline
Charles Price may have grown up with his father in the family shoe business, but he never thought that he would take his father's place. Yet, the untimely death of his father places him in that position, only to learn that Price & Sons Shoes is failing. While in despair at his failed attempts to save the business, Charles has a chance encounter with the flamboyant drag queen cabaret singer, Lola. Her complaints about the inadequate footwear for her work combined with one of Charles' ex-employees, Lauren, leads to a suggestion to change the product to create a desperate chance to save the business: make men's fetish footwear. Lola is convinced to be their footwear designer and the transition begins. Now this disparate lot must struggle at this unorthodox idea while dealing both the prejudice of the staff, Lola's discomfort in the small town and the selfish manipulation of Charles' greedy fiancée who cannot see the greater good in Charles' dream.

Taglines:
How Far Would You Go To Save The Family Business?

Inspired by the true story of a traditional English men's footwear factory in Northamptonshire which turned to production of kinky boots for transvestites in order to save the ailing family business and safeguard the jobs of the local community.

Lola's Dad:
Come on. Come on, you stupid boy!


This movie is about old-fashioned values like decency and
unselfishness. Though the premise, an old style English shoe factory
avoiding bankruptcy by designing boots for drag queens sounds sleazy,
this movie is squeaky clean entertainment suitable for children.

The camera work is entertaining, especially, oddly the closeup scenes
of shoes being manufactured, streams of colour zipping along to the
upbeat music.

It is a movie without villains. The conflict comes from selfish vs
unselfish motives, self direction vs worrying what others think,
despair vs taking responsibility.

Of course the theme of tolerance for diversity is woven through. The
movie does not have the usual silly Hollywood tolerance breakthroughs.
It comes in fits and starts with back pedaling and tolerance from
surprising sources.

The lead drag queen Lola sings better than anyone on American Idol, in
a genre all her own. The musical numbers are far better than you will
see an any real world drag show. These are not female impersonators.
None of the drag queens would ever pass as female.

This is a character-based tragi-comedy about wildly different outcasts
interacting. Of course the basic plot is predictable if you watch the
trailers and use your intellect. But that is not how to watch this
comedy. It is a bit like complaining that Lucille Ball was inevitably
going to get herself covered in some sort of mess in the Long Trailer
or that a Marx brothers comedy would end in a pie fight. Immerse
yourself in the movie's reality. I was genuinely surprised by the
ending, though in retrospect it was inevitable. Plot twists like a
murder mystery is not what this movie is about. If all you care about
is plot, skip this movie; it will go over your head.

All said, unless you have a heart of stone, you will come out smiling
and more optimistic than when you went in.