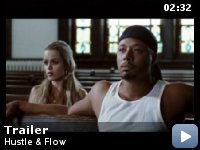 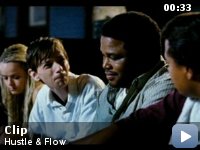 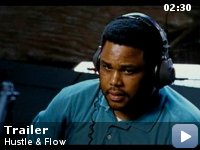 With help from his friends, a Memphis pimp in a mid-life crisis attempts to become a successful hip-hop emcee.

Storyline
Aspiring emcee DJay works the angles to get his first record made with help from assorted people in his Memphis 'hood. And when he hears that hip-hop superstar Skinny Black is heading to his area, he throws together a supreme hustle to grab Skinny's attention.

Taglines:
The music will inspire them. The dream will unite them. This summer get crunk.

Garrett Hedlund auditioned for the role of Shelby, but was considered too pretty.

A Fantastic film… but not for everyone.


As a member of the Hollywood community, I was blown away by this
film… By the tight screenplay, the professional direction, and the
phenomenal acting. In my opinion, I think this is one of the best films
of the year so far.

If you find yourself unable to reserve judgment against people born
into a life so vastly different than your own, you will probably not
like this film. In order to appreciate it, you have to be able to see
past the moral and ethical ambiguities of these characters.

So if anyone feels unsure whether they can handle the ugliness of this
type of world, but still feels curious enough to see it, take a cue
from the Anthropologists…

When studying a culture vastly different than your own, make sure to
leave the rights and wrongs of your society at home. Because once you
impose the moral judgment and ethical standards of your world upon
another's, you've sacrificed your objectivity. And by doing so, miss
the very point of empathy.

TagsUSA
Charlie and the Chocolate Factory
Must Love Dogs