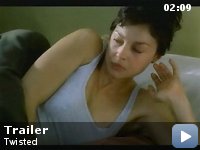 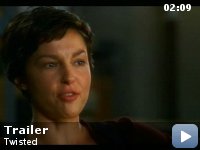 Jessica, whose father was a serial killer, is a female police officer. While investigating a murder, she finds herself in the center of her own investigation, when her former lovers start dying around her at a furious pace.

Storyline
Jessica Shepard is an on the rise police officer of San Francisco's esteemed police department, after having solved a big case about a serial killer. Her mentor John Mills is proud of Jessica as a father would be of his daughter, since Mills was the partner of Jessica's late father. With a newly established promotion, Jessica finds that she might once again have to prove herself in a department that takes no prisoners. Not to mention a new partner named Mike Delmarco, who might be Jessica's next closest thing to a confidant. However, a man has been found dead and the two officers are brought into the investigation. What they find is a surprise when the dead in question was a man Jessica slept with, he being part of a list of one night stands that Jessica has engaged in. Now under suspicion and a terrible drinking problem gnawing at her, Jessica will have to prove to her superiors…

Taglines:
Every murder has a mark.

Well-known San Francisco bars and restaurants in the film include Tosca Cafe and Vesuvio, both on Columbus Avenue in the North Beach district, and Red's Java House at Pier 40 on the waterfront. Several scenes were also filmed at the Palace of Fine Arts with its unmistakable rotunda and lagoon.

Continuity:
Just before Jessica sees Jimmy reflected in her kitchen window, she empties her whiskey glass. When she turns around to face him, it's almost full again.

Edmund Cutler:
[knife to her neck]
I can hear your heart beating. Sounds like you've got an animal in your chest, trying to get out. Sounds like blood. Sounds like flesh.
[starts unzipping her jacket]

Jessica Shepard:
It's my gun.
[suddenly overpowers him and he's on the ground]

A high-caliber cast slumming in "made for TV" material.

I've mentioned it before and I'll say it again; I'm a sucker for
mystery thrillers, especially when they involve methodical serial
killers. So despite the fact that Twisted was clearly one of the worst
reviewed films of the year, I still rented it based on both my
preference for the genre and for the film's cast, as I am huge fans of
Samuel L. Jackson and Ashley Judd. Andy Garcia, Russell Wong, and
Leland Orser are in the film, too, and that's definitely not a shabby
supporting cast.

The film stars Judd as San Francisco patrol officer Tess Shepard. After
busting a murderer, she's promoted to inspector by the commissioner
(Samuel L. Jackson), who also happens to be her legal guardian thanks
to a rather sordid past. Tess' new partner is Del Marco (Andy Garcia),
and they're quickly assigned to their first case when a corpse is
discovered by the shore. The crime is murder but there's a catch; Tess
recognizes the dead man, a mere stranger she picked up at a bar a month
ago. Another murder occurs, and it's yet another man Tess slept with.
And considering she keeps blacking out the night each of the men is
killed, she begins to suspect if she's the very own killer they're
looking for.

For all that's very wrong with this film, Twisted isn't nearly as bad
as I though it'd be. Don't take that as high praise, because the
movie's still bad, just not horrible enough that I'd put it on any
personal bottom 10 lists.

Because I saw this film just a day after Taking Lives, there was the
occasional bit of déjà vu. Remember how I mentioned that film
introduced us to the heroine by showing how clever and resourceful she
was? Pretty much the same case here, except we also see that Judd's
Tess Shepard can kick ass. Her cleverness is displayed through her
ability to perfectly describe people and objects she's seen after a
brief glance; a fine ability, no doubt, but not something that really
impresses in terms of plot and characterization.

The movie's various attempts at building a sense of mystery are
suspense are quite pathetic. Examples? Judd keeps hearing a metallic
clinking outside her apartment every night before the murders, and she
keeps drinking alcohol on those same nights and consequently blacks
out. This is a repeated process, so you'd think it take her more than
the majority of the film's running time to figure out her drink might
be tainted with a drug or that whoever's making that noise might
somehow be associated with her blackouts.

Figuring out the identity of the killer is almost too easy. Just follow
Roger Ebert's little movie rule about how the culprit is almost always
the person who has no other reason to be in the picture and you'll be
able to narrow it down real fast.

Twisted is blessed with a surprisingly high-profile cast, and while
most everyone is nothing less than decent, it's a bit of a surprise
actors of such high-caliber would choose a script that plays out more
like 'TV movie of the week' material. I can maybe see the appeal to
Ashley Judd in playing a tortured but tough heroine, but Samuel L.
Jackson has arguably the film's most thankless role, and he's barely in
the picture for more than fifteen minutes. Competent acting is always a
great plus in the genre, but it also takes plot and suspense to
actually make a thriller with thrills and this movie has absolutely
zilch in that department.