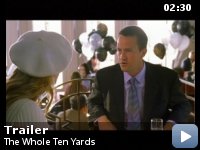 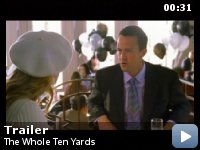 Jimmy the Tulip's (Willis) quiet new life is shaken up by his old pal Oz (Perry), whose wife (Henstridge) has been kidnapped by a Hungarian mob. The Tulip and his wife Jill (Peet) spring into action.

Storyline
Thanks to falsified dental records supplied by his former neighbor Nicholas Oz Oseransky, retired hitman Jimmy The Tulip Tudeski now spends his days compulsively cleaning his house and perfecting his culinary skills with his wife, Jill, a purported assassin who has yet to pull off a clean hit. Suddenly, an uninvited and unwelcome connection to their past unexpectedly shows up on Jimmy and Jill's doorstep: it's Oz, and he's begging them to help him rescue his wife from the Hungarian mob. To complicate matters even further, the men, who are out to get Oz, are led by Lazlo Gogolak, a childhood rival of Jimmy's and another notorious hitman. Oz, Jimmy and Jill will have to go the whole nine yards–and then some–to manage the mounting Mafioso mayhem.

Taglines:
They missed each other. This time, their aim is better.

The tattoo on Jimmy the Tulip's back is the logo of the production company.

Continuity:
When Oz, Jimmy, and Jill get to Oz's house for more weapons, Oz's blue car (the same car that was left in Mexico) is in the driveway.

Lazlo:
[to two guys tied up in the trunk of a car]
Tell everyone that Lazlo Gogolak is back in town.
[shoots both guys]

Strabo:
How are they gonna tell everyone when they're dead?

Absolutely terrible. Unbelievably bad. Not the least bit funny.
Moronic, extremely lame jokes, terrible acting, no plot at all worth
mentioning, a perfect example of the decline of Hollywood films. After
10 minutes you will be pulling out your hair. The lines are so bad
Ernest wouldn't have used them.


The first movie (Whole 9 Yards) was witty, humorous, and surprisingly
good. Everything worked. Perry was particularly effective as the
bumbling dentist whose wife is out to get him. Willis was great as a
serious hit-man who doesn't want to be sequestered away in Canada. And
both Peet and Henstridge were effective in their roles as an
enthusiastic yet green hit-woman, and a mobster's wife (respectively).
But this movie??? It had none of that. There was not a single memorable
moment, nor anything that would even evoke a chuckle. The physical
comedy was very forced, and incredibly obvious. The jokes were just
plain terrible. There was no direction, this movie meandered all over
the place. The whole bit with Willis pretending he liked to keep house?
That was simply idiotic.

This movie was so bad it makes Charlies Angel's 2 look like a
masterpiece, and that is really an impressive feat. It is hard to
imagine how after the first one which was such an effective comedy, the
same team could churn out this complete and utter crap. It boggles the
imagination. It is actually hard to think of worst sequels, or at least
ones that were so much more terribly bad than the original actually
good film (if both stink, that doesn't count); CA2 is the best example
I can think of but then again the first one was nothing to write home
about. How about Jaws 4? Friday the 13th 27? I really can't think of a
more disappointing film, particularly after the promise of the first 9
Yards.

Terrible, absolutely terrible. Should be retitled "The 3 stooges get
Lazlo", except that would be an insult to the stooges. My advice? Rent
the first one and pretend this one was never made.