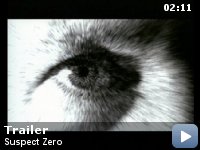 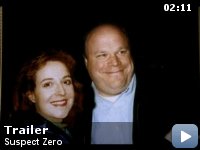 A mysterious serial killer is hunting other serial killers – and one FBI agent suspects there may be more to the vigilante than they imagine.

Storyline
When Dallas FBI Agent Thomas Mackelway violates serial killer Raymond Starkey's civil rights during an unorthodox arrest, Starkey goes free and Mackelway is demoted to a remote branch of the agency in Albuquerque. His first day on the job, Mackelway investigates the murder of a traveling salesman Harold Speck, which turns out to be the first of three seemingly random killings. Or perhaps they are not random at all; the last to die is Mackelway's nemesis, Raymond Starkey. The assignment consumes him. His past mistakes haunt him. His head throbs constantly as he tries to find the link between the victims that will lead him to their killer. The case becomes increasingly gruesome and patently personal. This does not go unnoticed by his unflappable partner Fran Kulok, who knows of Mackelway's past and the demons that afflict him. Like Mackelway, she becomes drawn into the labyrinth of chilling clues…

$7.5 million of the budget came from the state of New Mexico through an interest-free loan. In return, the state will get 2.5% of the box office, until it makes $90 million or over, at which point they will get 3% of the gross.

Continuity:
While Mackelway is reading his first fax, some of the pieces of paper on the right side of the bulletin board appear and disappear between shots.

Benjamin O'Ryan:
The boy is in pieces under the bed.

The kind of film that might have you stay awake when viewed on HBO at 2:30 in the morning

Suspect Zero, a new mystery/horror/thriller/detective-FBI film, tries
to make a lot of twists and turns in telling a story that is perhaps
all-too-simple at the core. While the acting is fair by the leads
(Kingsley, as a man who may or may not be the suspect, plays a tortured
soul better than anyone I can think of; Eckhardt and Moss are credible
if maybe mis-matched), the script is something of a turn-off. Sometimes
it just doesn't make sense, despite a cameo from Robert Towne
(uncredited on this site) as a professor who tries to give a little
explaining to the FBI agent played by Eckhardt. It's not that the idea
of it isn't bad, but it doesn't engage a viewer in a way other
thrillers can.


What the film has going for it is the direction. This is E. Elias
Merhige's third film after his impenetrable art-house film Begotten
(arguably one of the most pretentious, deranged, if unique debuts of
the 90's) and small success Shadow of a Vampire (a film that gave
Malkovich and Dafoe excellent screen time as silent film icons). The
style is more than flamboyant- it's madness. Merhige tries his best to
get inside the atmosphere that this killer and it's tracker(s) are in,
and he succeeds by almost trying too hard. It reminded me of a kind of
avant-garde approach to directing one of those HBO thrillers you might
catch late at night. While he doesn't do a job as memorable as
'Shadow', and outside of Kingsley and maybe Eckhardt doesn't elicit
very good acting, him and Michael (Raging Bull/Taxi Driver) Chapman
bring out a technical aspect with tints and angles and shots that
aren't too diverting.

It's the kind of film that misses the mark of great, twisted,
FBI-serial killer murder mysteries, and I would not seek it out to
rent, but it didn't leave too sour of a taste in my mouth, and I didn't
want to walk out of it midway either. It's average fare that could've
been better, could've been a lot worse. (strong) C