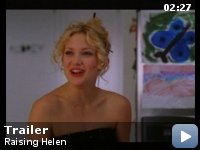 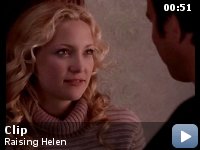 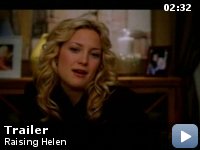 After her sister and brother-in-law die in a car accident, a young woman becomes the guardian of their three children.

Storyline
Helen Harris is living the life she's always dreamed of: her career at a top modeling agency is on the rise; she spends her days at fashion shows and her nights at the city's hottest clubs. But her carefree lifestyle comes to a screeching halt when one phone call changes everything. Helen soon finds herself responsible for her sister's children: 15-year-old Audrey, 10-year-old Henry, and 5-year-old Sarah. No one doubts that Helen is the coolest aunt in New York, but what does this glamour girl know about raising kids? The fun begins as Helen goes through the transformation from super-hip to super-mom, but she quickly finds that dancing at 3a.m. doesn't mix with getting kids to school on time–advice that Helen's older sister, Jenny, is only too quick to dish out. Along the way, Helen finds support in the most unusual place–with Dan Parker, the handsome young pastor…

The Referee for Pastor Dan's Hockey game is introduced as former Olympic skater Scotty Buttons. His name is a combination of the names Scott Hamilton and Dick Button. Both Hamilton and Button were past Gold Medal winners in the Olympics for the United States.

Continuity:
When Helen stops at the magazine stand and sees Tinka on the front of the magazine, her bag moves from her shoulder to her arm depending on which camera angle it is taken from.

When I first saw the trailers for this movie, I thought it might be cute,
but I had reservations because everything I've seen Kate Hudson in since
"Almost Famous" has been quite disappointing. This one, she finally picked
a winner. It didn't hurt that her costar is John Corbett. The two of them
actually have pretty good chemistry, and the three kids are cute without
being annoying. There were lots of tears in this one…more tears than
laughs, maybe. It is a great "chick flick". I will have to wait for the
DVD to see the end credits because the theater flubbed up and cut off the
film right after the final music crescendoed and you could tell the credits
were coming. How annoying. Anyway, I digress. Not sure why this is rated
PG13, because I don't remember anything blatantly offensive. Again, I
wonder why filmmakers can't just be a little more "delicate" and get those
PG ratings. There are so few movies we can enjoy as a family…this one I
will probably allow my 9 year old to see. Many people won't because of the
rating. Too bad. I recommend this one.

TagsUSA
The I Inside
Harry Potter and the Prisoner of Azkaban