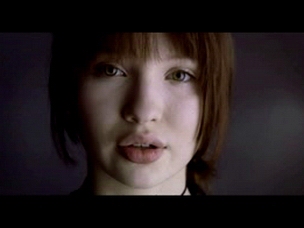 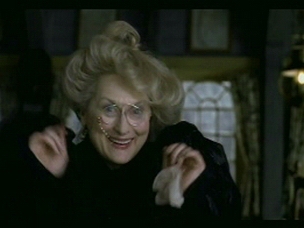 Three wealthy children's parents are killed in a fire. When they are sent to a distant relative, they find out that he is plotting to kill them and seize their fortune.

Storyline
Violet, Klaus and Sunny Baudelaire are three intelligent young children who receive terrible news that their parents have died in a fire and have left them an enormous fortune not to be used until the eldest child is of age. When they are sent to live with Count Olaf, a greedy distant relative, they soon learn he is trying to steal their fortune for himself.

Continuity:
When Aunt Josephine is showing the children her photo album, one shot shows Violet turning the page with the aviation photo directly to the page with the group photo. In the next shots, however, she turns two more pages before coming upon the group picture.

Lemony Snicket:
[the Littlest Elf has just come to an abrupt halt]
I'm sorry to say that this is not the movie you will be watching. The movie you are about to see is extremely unpleasant. If you wish to see a film about a happy little elf, I'm sure there is still plenty of seating in theatre number two. However, if you like stories about clever and reasonably attractive orphans…

Much better than expected


In the wake of Harry Potter the popular Lemony Snicket books have been
rushed into production and considering the less than promising prospect
of Brad Silberling directing and Jim Carrey starring, I didn't really
hold out much hope. It turns out that the film is surprisingly good and
apart from The Incredibles this was the only big budget Hollywood film
I truly enjoyed this year.

Like Harry Potter, the Lemony Snicket books appeal to adults as well as
to children but they are darker, funnier and more eccentric, making
them more of a cult than the mainstream success of the Harry Potter
series.

If you've read the books, you may miss the clever word play and you may
feel that the two older children are miscast. Unlike in the books, the
boy doesn't come across as particularly brainy and the girl looks just
a bit too sexy as Violet, reminiscent of a teenage Anjelina Jolie.
Still they are better than some of the child actors in the Harry Potter
series.

On a visual level the film is simply stunning. True, some of it is
reminiscent of Tim Burton as both Burton and Daniel Handler are
strongly influenced by the work of the writer and illustrator Edward
Gor ey. The look of the film is a highly stylized mixture of Edwardian
times and the 1950's and convincingly brings to life the parallel
universe of the books, where death is ever present and where the whole
world has conspired to make the Baudelaire children's life a misery.

Folding books two and three into the storyline of the first one, the
plot feels episodic but it stays consistently entertaining. Not being a
Jim Carrey fan I was worried about his involvement (I still think
Richard E. Grant would have been the perfect choice) but he nails and
certainly looks the part of evil, failed thespian Count Olaf and
thankfully he doesn't end up dominating the film, turning it into the
Jim Carrey show.

The section involving Meryl Streep's fearful Aunt Josephine is the best
part of the film. Taking place against backdrops reminiscent of Masaki
Kobayashi's stylish horror classic Kwaidan, Lake Lachrymose is as
beautiful as it is nightmarish.

Make sure to stay for the beautifully animated credit sequence.